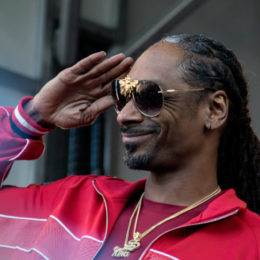 Snoop Dogg, the washed-up 90s rapper known for his marijuana habit, has a new gig: Doing ads for SodaStream, a company that provides a home carbonation device for water and other beverages.

Snoop released a video advertisement for SodaStream arguing that people should switch to a carbonation machine so they can stop drinking soda or seltzer out of plastic bottles. “I don’t need to start a nature relief fund to help save the planet from plastic waste. I simply enjoy fresh, sparkling water,” the rapper says.

That’s one way to look at it. Another way might be: Enjoy some lead and fecal bacteria with that carbonation.

Purified bottled water has undergone processes to remove impurities and contaminants. SodaStream merely carbonates whatever liquid you put in it. And if that’s tap water, there are a lot of hidden dangers.

The tap water system in the United States is far from perfect. In the first six months of 2020, more than 340 boil water advisories were issued in communities where the water supply had become unsafe.

There are many reasons why a boil water advisory may be issued. A common reason is that infrastructure across the country is not properly maintained leading to water main breaks. There are an estimated 240,000 water main breaks per year in the U.S., according to the American Society of Civil Engineers.

When water mains break, the system is unable to maintain pressure and contaminants can infiltrate the water supply. Sulfates can bleed into the water, making it smell like rotten eggs. Fecal matter — including E. coli — and other pathogens can bleed into the water and cause consumers to fall ill. Cities are forced to issue advisories because boiling the water is the only easy way to rid the water of harmful pathogens. Common filters do not remove E. coli.

Water main breaks can take weeks to repair. While they are very common, they are not the only reason for boil water advisories. Many rural towns go weeks with boil water advisories in place because of crumbling water systems. Lead pipes run underground are all throughout the country with many so old they have been creating toxic tap water for years. Residents of Keystone, West Virginia, have been in a boil water advisory for 8 years. Large cities aren’t immune either. Flint, Michigan, and Newark, New Jersey, had lead contaminate their water and make it toxic to consume. And lead cannot be boiled out of the water; it must be strained through a filter.

It’s much easier to parade has-been rappers and animated turtles through a commercial than it is to address the concerns of Americans who have spent years with bottled water being their only safe source of hydration.

Americans can consume bottled water and still be responsible with their plastic waste. Beverage bottles are made from PET plastic, which is identified by the number 1 in the recycling triangle. They are accepted at almost every recycling facility in the country.

Recycled PET can be used to create anything from Ikea furniture to Patagonia jackets. Of course, it can also be used to create new beverage bottles. Currently, the U.S. only recycles 29 percent of its PET plastics. Perhaps rappers, as well as environmentalists, should be concerned about improving that statistic, rather than gambling our health with trendy carbonation gimmicks.

Snoop Dogg has proven for years that he is fine with ingesting questionable substances, but many Americans are not. They want access to purified water — with or without bubbles — even if it makes animated turtles sad.