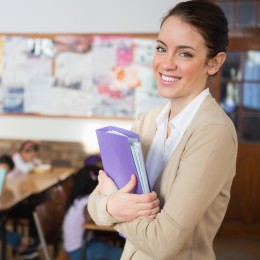 School is back in session, and it’s time to talk science education.

It’s no secret that American students lag behind their peers when it comes to math and science. In a global evaluation of performance in math, science, and reading, the U.S. failed to reach an “above average” performance in any category. A National Center for Education Statistics exam showed that our students, on average, can only answer 50 percent of science-based questions accurately. For anyone who has been out of school too long, that’s a big, fat F.

These weaknesses extend far beyond the classroom. Many scientists believe that our country’s lackluster STEM education is responsible for the public’s limited understanding of science and medicine. All measures indicate that adults are just as uninformed as their children. An annual survey from the University of Michigan found that 72 percent of Americans are scientifically illiterate. (You can see how you compare here.)

Consequently, the inability to interpret scientific information has resulted in the implementation of bad policies and popular movements fueled by misinformation. People fear that which they don’t know. And, more often than not, “that” is science.

A whopping 80 percent of Americans support mandatory labelling of food containing DNA. Clearly, people are unaware that every food which was once living, or came from something that was once living, contains DNA. It’s in every cell, whether that cell comes from an orange or a cow. DNA is responsible for the proteins that make oranges orange, cows moo, and – whether or not you’ll pass on the cilantro.

Misunderstanding science is also compelling the public to pressure the federal government to label foods containing GMOs, despite studies confirming that GMOs don’t adversely affect human or environmental health. In fact, 88 percent of scientists believe GMOs are safe to eat, as compared to only 37 percent of U.S. adults. When you have friendly faces like Food Babe and Dr. Oz -fearmongering all the time, it’s no wonder.

So what can be done about it? To risk sounding like your 4th grade school counselor: never stop learning! edx provides free online lectures from top institutions–Harvard, Berkeley, and Georgetown, to name a few. Or learn how to determine if a study is well designed.

But most importantly, don’t let peddlers of junk science pull the wool over your eyes.