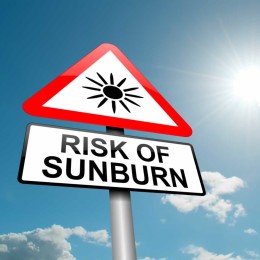 It's the Environmental Working Group vs. Dermatologists on sunscreen safety.

Throughout the summer, headlines across the country have fanned fears about the safety of ingredients used in sunscreens. Most of these stories are based off a report from the Environmental Working Group (EWG), an environmental activist group that publishes a “guide to sunscreen” at the start of every summer. EWG says that many of the ingredients commonly used in many popular sunscreens have been linked to cancer and hormone disruption, and uses those fears to rate different brands of sunscreen.

So what ingredients are EWG worked up about?

Scientists with the Dermatology Service, Memorial Sloan-Kettering Cancer Center in New York City published a peer-reviewed study in JAMA Dermatology in which they said “In fact, after 40 years of use, we are not aware of any published study that demonstrates acute toxic effects in humans with systemic absorption of oxybenzone.”

Dermatologists are extremely critical of EWG’s report. Dr. Zoe Draelos, a dermatologist and spokesperson for the American Academy of Dermatology, said that EWG makes unfair “sweeping generalizations” and points out that “A lot of their sunscreen recommendations are based on very old technology, and some of the best sunscreens on the market have newer chemicals that are much more effective. A lot of their opinions are not keeping pace with technology and an understanding of the science of these formulations. The nuances of sunscreens are very important.”

What is also absent from media coverage of EWG’s report and the report itself is the disclaimer that many of the top-ranked products by EWG are manufactured by companies that partner with EWG. Partner companies are those that have given financial support or other help to EWG’s sunscreen campaign.

*The only products to receive a “moderate hazard” ranking are spray sunscreens.

Out of over 500 sunscreens on the US market, EWG would only recommend 39. EWG’s annual sunscreen report isn’t peer reviewed or published in any established medical journal yet the group’s findings are reported by respected news outlets like CBS News, ABC News, CNN, Salt Lake Tribune, LA Times, and many others. It’s time for the media to stop giving EWG’s unscientific report free publicity every year and start looking critically at the reports’ merits.