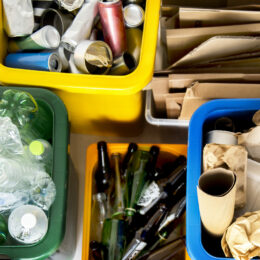 Wanting to protect our oceans and beaches from pollution is a noble goal. But most people have no idea if any of the efforts claiming to save the seas will actually make a difference.

It’s not a simple thing to figure out whether the alternatives pushed by anti-plastic advocates are actually good for the planet. Often, solving one problem can lead to unintended consequences.

The plastic bag, for example, was invented to mitigate the deforestation caused by paper bags. Now, those plastic bags are tangling trees across the country. To get rid of those plastic bags, environmentalists started promoting reusable cotton totes that need to be used hundreds – if not thousands – of times to break even with the carbon footprint of a plastic bag.

The same trend occurs for many of the alternatives to plastic bottles. Glass bottles look more environmentally friendly, but that is about all they have going for them. Glass is far heavier than plastic so it requires more fuel to transport.

Glass production is also significantly more energy-intensive than plastic production. One study found that replacing all plastic bottles used today with glass would cause the equivalent greenhouse gas production of 22 large coal-fired power plants. This is one of the many reasons why companies like Snapple have abandoned glass and turned to recycled plastic for their eco-friendly packaging.

Aluminum is another plastic alternative that harbors hidden environmental harms. Bauxite, the ore used to produce aluminum, is difficult and messy to harvest. Bauxite is ripped from open-faced strip mines where think red dust is kicked up into the air of nearby communities.

This dust not only kills the vegetation of nearby farmers but it has been tied to serious medical conditions including cancers and Alzheimer’s disease. It takes nearly twice as much carbon to produce an aluminum can as it does to produce a plastic bottle.

Food wrap is another complicated issue. France recently banned the use of plastic wrap on produce and other countries, including Ireland, are considering following their lead. But there is little evidence this policy will have a net benefit for the planet.

Producers wrap food in plastic because it helps extend its shelf life. One study found that a wrapped cucumber lasts 15 days longer than one left unwrapped. A separate study found that one wasted cucumber emits as much greenhouse gas as the plastic wrap used to cover 93 cucumbers.

As much as 40 percent of food produced in the United States is wasted, according to the Environmental Protection Agency. If it were its own country, food waste would rank third in total greenhouse gas emissions behind the U.S. and China. The alternative of not using plastic wrap isn’t necessarily better than just using the wrap in the first place.

Abandoning plastic may feel like the right move, but consumers and lawmakers should use the data – not a gut reaction – when making environmental choices.