Home  ⁄  Periodic Fables  ⁄  GMOs  ⁄  Your Favorite Foods Before and After…

Your Favorite Foods Before and After Genetic Modification 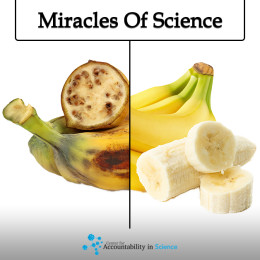 Anti-GMO groups often define GMOs as organisms modified by humans. Though modern technologies are in mind, here’s the problem: humans have been tinkering with genes since antiquity.

If foods were labeled using this broad definition, virtually every fruit, nut, or vegetable would be included. That’s because even the traditional practice of selective breeding is considered genetic modification. In other words, GMO labeling should have begun about 10,000 years ago when agriculture started.

Just because something has been modified by humans doesn’t make it bad. In fact, it’s more than likely an improvement. Check out these infographics of foods humans have ‘genetically modified’ and see for yourself.

Who doesn’t love watermelon? Well, probably people living 5,000 years ago. That’s because natural watermelon were naturally terrible. They were about 2 inches wide, hard to open, extremely bitter and filled with seeds.

Through genetic modification watermelons have become a big, sweet, juicy, seedless and easy to open fruit.

Natural corn was another Neolithic nightmare. The edible part of corn was ¾ inch and only had 5-10 kernels—corn on the cob didn’t exist. Aside from the small size, natural corn required hammering to release the kernels and tasted “like very dry, raw potato.”

Modification made corn easier to peel and cook, better tasting, and 10 times larger.

The same transformation from natural to cultivated plays out with natural peaches, too. Peaches 6,000 years ago were only 64 percent edible, the size of a small cherry with waxy skin and had an “earthy, sweet, sour and slightly salty” taste.

Today, modern peaches are 90 percent edible, 64 times larger— not to mention tastier than its the original salty, sour, dirt flavor.

Most people opposed to GMOs focus on the fact that they aren’t natural and, therefore, bad.  As we’ve shown before, this simply isn’t true because many natural things are bad for us, like the cyanide in apple seeds. But that’s no reason to be afraid of apples.

On the flip side, we shouldn’t fear human improvements in food. We should be happy they’re healthier, tastier, and don’t require hammers anymore.