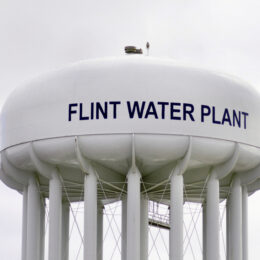 A 15-year-old inventor was named Time Magazine’s “Kid of the Year” after she created a device that can detect lead in tap water.

Gitanjali Rao, a Colorado teen, began her research to develop a lead detecting device when she was just 10 years old. She studied carbon nanotube sensor technology at the Denver Water quality research lab to analyze how chemicals and other impurities can be sensed in water. Her early research led to her developing a sensor that can detect lead in tap water.

Rao’s research on water sensors began five years ago, around the same time that the residents of Flint, Michigan, became aware of the high levels of lead in their tap water. Families had been consuming contaminated water for 18 months before public officials owned up to the crisis.

Lead is not safe for human consumption and it is especially harmful to children and teens. For years after the crisis was revealed, families had to rely upon bottled water while city and state officials worked to clean up the mess they created. Public officials have claimed that the tap water in Flint is now safe, but many citizens remain skeptical.

Rao’s invention is named after the Greek Titan goddess of clean water, Tethys. She created the 3D printed device that is battery operated and roughly the size of a deck of cards. The internal carbon nanotubes are extremely sensitive to chemical changes, making them effective tools for detecting lead.

“[Tethys] is for people who don’t really know what’s in their water from the pipes leading to their house… my target market right now is people in their homes as well as schools,” Rao said in a 2019 interview with Colorado Public Radio.

Rao’s lead detector is just the beginning. She also plans to continue to develop new water-based inventions that can help protect those without access to safe drinking water.

“I’m currently working on an easy way to help detect bio-contaminants in water—things like parasites. I’m hoping for this to be something that’s inexpensive and accurate so that people in third-world countries can identify what’s in their water,” Rao told Time.

Contaminants in tap water remain a problem in the United States and abroad. According to data from the Environmental Protection Agency, purity tests have spotted fecal matter, pesticides, lead, arsenic, and other contaminants in American tap water.

Rao is doing important work by highlighting the hidden dangers of tap water. Hopefully, her work will inspire additional inventors her age to pursue their scientific dreams and tackle other big issues her generation faces.