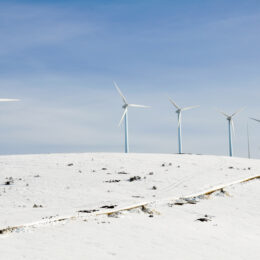 Most Texans probably knew that the state would have to shut down when weather forecasters said an ice storm was on the way. What they didn’t expect was that a significant portion of the state’s power grid would be shut down, too.

Texas’s use of wind power turned a bad storm into a nightmare for millions of Texans who were left to ration their power — or left without power altogether. As ice built up on the blades of the turbines, much of the state’s generation of wind power went still. In many states, going without wind power would not be a significant problem, but in Texas, wind power is the second-largest source of energy, with natural gas being the top source. Roughly 23 percent of Texas’s power grid is fueled by wind power.

As of Tuesday, more than 200,000 Austin residents were without power completely or struggling with rolling blackouts. More than 4.2 million were without power statewide. Many of these outages are from downed power lines, but the limited power grid has played its part, as well.

Because the power supply is limited by the ice storm’s effect on wind turbines, city officials in Austin have urged Texans to ration their power by keeping their heat low, unplugging appliances, and turning off their lights.

FROZEN WIND TURBINES out in west and NW Texas mean some important electric generation is off-line right now.@ERCOT_ISO and @oncor asking you to conserve electricity between now and Tuesday during the winter storm to prevent rolling outages. pic.twitter.com/v8vdew0ldC

Mark Harral, Chief Executive Officer of GroupNIRE, a Lubbock-based renewable energy solutions company, told KAMC that Texas does not have a large enough supply of natural gas to match the energy shortfall from the wind turbine outages.

“There also aren’t enough natural gas producers in the state to make up the difference when those wind turbines aren’t available,” Harral said.

A helicopter running on fossil fuel spraying a chemical made from fossil fuels onto a wind turbine made with fossils fuels during an ice storm is awesome. pic.twitter.com/3HInc2qKb9

The ice storm in Texas has demonstrated the dangerous mindset of demonizing any one product, such as fossil fuels. No one energy source is all good or all bad.

Texas has been able to thrive using wind power, but it is not a universally reliable energy source. Cities and states must recognize that unexpected issues can arise and they need to have a diversified power grid that can handle these unforeseen events.