The Age of Atrocious Articles 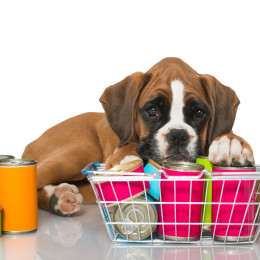 We’ve always believed hastily penned health news contributes to Americans’ prolonged misunderstanding of science. But it’s often difficult to convey to a lay audience exactly why sleeping with onions in your socks can’t cure the common cold when such messages proliferate online.

But every so often, critics of modern health journalism strike pay dirt in the “I-told-you-so” department.

In reporting “Bisphenol-A Linked to Endocrine Disorders in Pets, Humans,” CBS’s St. Louis affiliate not only perpetuated misconceptions that BPA, a component of can linings which prevents spoilage and contamination, is a danger to human health, but managed to do so in a near-unintelligible fashion.

“More importantly, we found, associated with the increase in BPA concentrations, that is, we altered their gut microbiome, that’s these bacteria that live in our gut. In fact, there’s many out there, just today alone, that the gut microbiome can play an important role in maintaining normal health status.”

Although the grammatically incorrect and syntactically inappropriate sentence structures led us to consider the importance of English class, it also validated our concerns that health and science news is often hastily written, poorly researched, and insufficiently subjected to editorial scrutiny.

Bisphenol A, commonly referred to as BPA, was here blamed for obesity, diabetes, and neurological disorders, despite the population not being exposed to the much higher levels of BPA which could cause harm. (Keep in mind that just about anything—including water—can be harmful at high enough doses.)

The study referenced in the CBS article is deserving of its own criticism. Researchers fed a BPA-containing diet to 14 dogs, a sample far too small to yield meaningful data. More outlandishly, it drew conclusions without creating a sufficient control group. This means observed changes could be due to a change in dog food, not due to the presence of BPA. And any dog owner who has offhandedly switched dog food brands can tell you that the consequences of quickly changing a pup’s diet often involve a lot of carpet cleaning.