The Crisis of Science 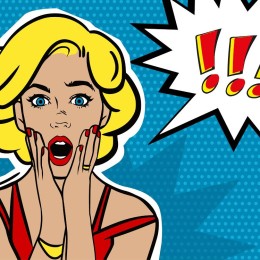 The gap between public opinion and scientific knowledge is growing, as our Dr. Joe Perrone just wrote in the Orange County Register. But it might be worse than previously believed.

A recent study of 1,000 American consumers found that 84 percent favored mandatory labels for foods with genetically engineered ingredients.  It sounds like the type of study anti-biotech advocates cite in debates about GMOs. But, unfortunately for food activists, the same survey showed 80 percent of consumers want labels on all foods with DNA.

Yep. 80 percent believed that foods containing DNA, i.e. the genetic information which creates and maintains life, should be labeled. All food has DNA. The “results suggest,” write the authors, that “consumers think they know more than they actually do about GM food.”

In other words, public policies shouldn’t be based on opinion polls because the public can be very wrong. Very, very wrong.

The beauty of scientific facts though, is that human opinions can’t affect them. Even if a majority of people doubted gravity, the laws of nature wouldn’t suddenly undo themselves.

Similarly, the truth about GMOs is out there. And no matter how loudly food activists rail against reality, that’s not going to change anytime soon.