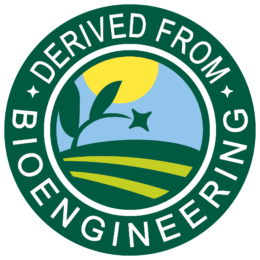 “Bioengineered” is the new GMO – at least on food labels in the United States.

Starting this year, the United States Department of Agriculture has required producers to include a “bioengineered” label on any food that has been genetically modified in such a way that natural growth is not possible. The department has commissioned two different labels that state either “bioengineered” or “derived from bioengineering.”

While the labels will be new to consumers in 2022, the change has been in the works since 2016 when Congress passed a law requiring the USDA to construct a national benchmark for labeling engineered foods. Sonny Perdue, who served as Agriculture Secretary under President Trump, announced the pending guidelines in 2018. At the time, he noted that he believed the label would provide consistency for consumers.

“The National Bioengineered Food Disclosure Standard increases the transparency of our nation’s food system, establishing guidelines for regulated entities on when and how to disclose bioengineered ingredients,” Perdue stated. “This ensures clear information and labeling consistency for consumers about the ingredients in their food.”

What does it really mean for a product to be “derived from bioengineering?” The wording almost makes it sound like the food was grown in a lab similar to the Frankensteinian “cell-cultured” meat products some companies are trying to get into production.

But in reality, bioengineering — or genetically modifying, if your old habits are dying hard — just means that the crop was altered to help it grow more efficiently. Some bioengineering makes it so that crops are more resistant to bugs and require fewer pesticides while others make it so that crops can grow with less water on smaller pieces of land.

Most importantly, bioengineered crops are just as safe to consume as any other crop. There is no evidence that modified crops cause problems in humans, according to the Food and Drug Administration. In fact, many modified crops have more nutritional value than they did before they were modified.

Golden rice, for example, is a type of rice enriched with vitamin A, a nutrient that is key for eye health and development. Each year, thousands of children lose their vision because of vitamin A deficiency. Sadly, anti-GMO activists in the United Nations fought to keep golden rice out of developing countries. But a few countries, including the Philippines, have overturned these anti-science GMO bans and golden rice has been approved to ensure children get the proper vitamins from a low-cost food.

Change can be confusing – especially when it comes to wonky terms like “bioengineered” and “genetically modified.” But it doesn’t really matter what you call them. Genetically modified crops are a key part of our food supply chain and the well-being of our people – and our planet – is better because of scientific advances in food production.