The Jenny McCarthy Phenomenon: Debunking Junk Science May Not Be Enough to Change Behavior 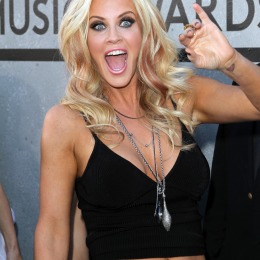 By now it’s well documented that vaccines don’t cause autism or any of the many other crazy health ailments junk science advocates including Jenny McCarthy link with vaccinations. Yet even as respected public health professionals, including pediatricians, nurses, and scientists with government agencies push to debunk these baseless fears, vaccination rates continue to slide. It’s a phenomenon that has truly puzzled the scientific community (and the staff here at the Center for Accountability in Science). So what’s going on?

A new study published last week in the journal, Vaccine, sheds a bit of light on the anti-vaccination mindset. Researchers sought to find out what misconceptions the public had about the flu vaccine and whether having those misconceptions corrected would encourage more individuals to opt for vaccinations. They discovered that many people believed the myth that getting a flu vaccine might give you the flu. (We can’t emphasize enough—this is a myth!) But even after participants were informed their belief was incorrect, it didn’t change their willingness to get a flu shot.

The researchers who conducted the study explained to NPR: “There’s a temptation to believe that communication is a silver bullet…Our research suggests that’s the wrong way to think about this. People’s minds aren’t that easily changed.”

But even if we can’t easily change minds, there’s still value in debunking junk science—like we do on this blog.

Melanie Tannenbaum, a Ph.D. candidate in social psychology explained to NPR why it’s so hard to change minds—even when people find out their beliefs were incorrect. “Even if you address specific misperceptions, our motivated reasoning system is going to jump in to fill in the gaps…We do a lot to protect the beliefs we already hold, and if one aspect of that belief is challenged, it is easy enough to fill in other reasons.”

She continued: “I think there’s still value in putting the accurate information out there because, for the more casual reader, you don’t want them seeing only the wrong information and thinking that must be right because that’s all that exists…Even if you’re not succeeding in convincing every person who reads it, on a macro level you’re making sure that the correct information is available in as much quantity as the misinformation.”

Communication remains a key element in debunking junk science. So even if showing the piles of rigorous scientific research showing innovations like vaccinations and genetically modified foods pose no health risks (and are actually incredibly helpful) isn’t enough to change everyone’s minds, we’ll continue to counter the junk science floating around on the internet and spewed by celebrities like McCarthy to help readers understand fact from fiction.