The Psychology of Red Wine Headaches 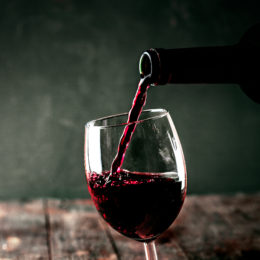 We’ve all heard of the placebo effect, when physical and psychological changes are brought about by the mere thought that an ailment is being treated. But what about the nocebo effect?

As you can probably guess, the nocebo effect is the placebo’s opposite: the tendency for negative effects to occur by mere suggestion. For example, a 2001 study noted that individuals who were told a simple leg movement test might cause discomfort reported worse performance and more intense pain than those whose instructors didn’t mention discomfort at all.

It’s a powerful psychological concept that affects us more often than we think. Have you ever developed a longstanding grudge against a particular food after a meal sent you running to the porcelain throne? Nocebo effect.

Or perhaps you suffer from “red wine headaches”?

Evidence suggests that for the vast majority of the population, the famed red wine headache is nothing more than overindulgence and the nocebo effect.

Red wines contain thousands of organic compounds, many of which haven’t been adequately tested for their headache-inducing potential.

Often, suspected culprits of the sensitivity – sulfates, tannins, and sugar – are present in greater amounts in food and drinks which tend not to trigger the headaches. You’ll consume close to 10 times the amount of sulfates in ¼ cup dried apricots. If you don’t get a headache after drinking a strong cup of black tea, tannins aren’t the problem either. And cheaper bottles often have sugar added to boost their alcohol content, but that practice is far from exclusive to red wine.

A former University of California at Davis professor devised a study in which people with a history of red-wine sensitivity were served red wine, and white wine, and a sneaky white wine dyed red. The tasters had no more adverse reaction to red wine than to white.

Rather, after a night of heavy drinking, you may erroneously associate your splitting headache to the red wine you drank, rather than to the dehydration brought on after consuming your fourth glass of it. That recollection (hey, last time I had a red wine I felt crummy!) may be strong enough to trick the body into feeling similarly the next time you reach for the Malbec, Merlot, or Cabernet Sauvignon.