Toxics in Your Home? Woman’s Day Leaves Out Key Science 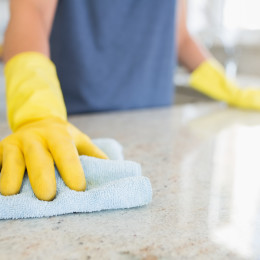 There are lots of items in your home that can be toxic if used improperly—bleach, household cleaners, bug sprays, etc. can all be toxic if ingested. But a new article from the women’s magazine, Woman’s Day, “8 of the Most Toxic Items You Have In Your Home,” doesn’t discuss any actual toxins. Instead, the magazine focuses on everyday items that pose very little risk to your family’s health.

It’s completely reasonable to worry about the safety of products you and your family use every day, but those concerns should be grounded in scientific research. To help you decide which products might pose too much risk, we’ve profiled a few of the items Woman’s Day says are “toxic” and filled in the missing scientific research.

While studies linking commonly used chemicals to health problems raise eyebrows, it’s important not to put too much emphasis on individual studies. Especially in the case of chemicals like BPA and phthalates, the overwhelming weight of scientific research has shown they pose very little risk to your family’s health.

Government scientists in the U.S. and Europe are constantly reviewing research on these key chemicals to ensure they’re still safe to use. Woman’s Day should have included this key information for its readers to make a better-informed assessment as to which products they think are the best choices for their families.