WARNING: Keep off the Roads 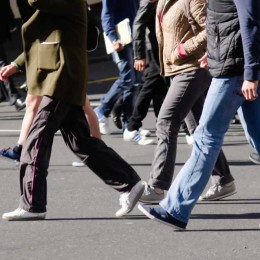 These days, it seems like everything is a candidate for causing cancer. And it might just get more absurd now that California’s Carcinogen Identification Committee wants to examine the potential danger of asphalt and asphalt emissions.

You read that right: California thinks our roads are giving us cancer.

Most would consider paved roads the mark of an industrially developed nation. Some might even go so far as to call our interstate highway system “the greatest public works project in history.”

California’s Proposition 65 names so many substances as cancer-causing, that warnings against perceived danger become almost meaningless.

If the state’s Carcinogen Identification Committee finds that asphalt is carcinogenic and subsequently lists it under Proposition 65, every California business owner with a private parking lot would liable for failing to post signs warning about the “dangers” of the ground beneath their customers’ feet.

Proposition 65 was designed as a “right to know” law allowing consumers to avoid products and locations which could reasonably cause them harm. But short of retreating to the unpaved back roads of the Sierra Nevada mountains, there’s not much anyone can do to avoid asphalt.

Perhaps a bright red “WARNING” would dissuade someone from breaking off a chunk of pavement for their afternoon snack. But at that rate, I think they would have bigger problems to worry about.