Were You Fooled into Believing ‘Chocolate Makes You Slim’ Study? 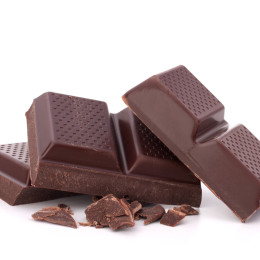 Earlier this year, the media went crazy for a study that reportedly found that eating chocolate could accelerate weight loss. We’ve blogged time and time again about the media’s tendency to sensationalize scientific findings, overstating a study’s significance. In this case media outlets around the globe dropped the ball, failing to note significant flaws in the study, investigate the fact that the study’s main author and organization didn’t really exist, or consult any outside scientists to evaluate the study’s strengths and weaknesses. And it turns out, the entire study was conducted as a hoax to uncover these very flaws in science journalism.

The study’s author, Dr. John Bohannon, revealed this week how he and a few colleagues conducted the study to highlight both the flaws in nutritional science and problems with how science journalists report on new research.

Dr. Bohannon’s article highlights why his study had severe flaws:

Despite all these flaws, his article was readily accepted within 24 hours by several scientific journals. (Read more about these pay-for-play journals here.) Once it was published, he worked with a PR specialist to craft a press release designed to catch reporters’ eyes. Among the alarming observations he made about the journalists who interviewed him about the study:

Dr. Bohannon’s hoax highlights why it’s so hard to trust stories you read about “new research” touting a food’s health benefits or possible health problems. Nutritional science is far from exact, and even the most rigorous and well-designed studies are hard to trust. This is a pressing problem, considering the federal government is in the midst of updating its “dietary guidelines” based on largely unreliable nutritional research.

We hope Dr. Bohannon’s experiment will encourage reporters to dig deeper when they receive a press release about a new study. In the meantime, we’ll keep eating chocolate just in case it helps us lose weight.