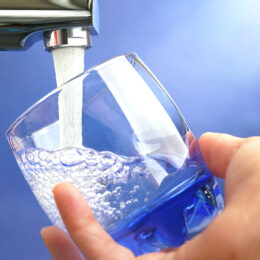 The Environmental Protection Agency (EPA) has been slowly working to address the presence of PFAS, sometimes referred to as “forever chemicals,” in America’s tap water supply.

Some are arguing that action on PFAS is long overdue while others may be hearing about this issue for the first time. For those in the latter category, here is everything you need to know to understand the issue and what may be to come.

What are forever chemicals?

PFAS (which is short for polyfluoroalkyl substances) have been dubbed forever chemicals because they do not break down in the environment. They are resistant to grease, oil, water and heat. Those traits make PFAS very useful in many industries. The most commonly known PFAS is Teflon, a coating that can prevent food from sticking to cookware and waterproof clothing.

If products containing PFAS are safe to use for cookware, what is the problem? Well, most of the PFAS that the EPA is concerned about are not on pots or pans, but rather they have leached into the water supply. There, they can cause many problems.

How did PFAS get into the water supply?

The EPA first became aware of PFAS in the drinking water in 2001, but the chemicals had been in use since the 1930s. In those decades, products with PFAS were widely used without regard for how they may damage the environment. Military bases used PFAS to put out fires while landfills did little to stop the chemicals from leaching into the water supply after items with PFAS coatings were tossed in the trash.

The two main types of PFAS, perfluorooctanoic acid (PFOA) and perfluorooctane sulfonate (PFOS), have been phased out of use in the United States. But after years of use, PFAS are seemingly everywhere — even in the falling rain.

Are these chemicals harmful?

Because PFAS are almost everywhere, 98 percent of Americans have detectable levels of the forever chemicals in their blood. While most people appear to carry on without much effect, studies have shown that a high concentration of PFAS can lead to high cholesterol, thyroid disease, liver and kidney damage, and low birth weight. High levels of PFAS are also believed to increase the risk of testicular and kidney cancers.

These findings are concerning, but researchers have found that PFAS detection in blood had declined rapidly after production of the chemicals halted in the U.S. “If you stop producing it, yes, you can still find it. But we also saw a very fast and dramatic reduction in both environmental samples and people’s blood,” said Harvard Public Health expert Elsie Sunderland.

What is currently being done to mitigate PFAS from the water?

The EPA has already taken some steps to warn the public about the potential harms of PFAS. In 2016, the EPA implemented a non-enforceable lifetime health advisory for any drinking water with PFAS at a level of 70 parts per trillion. Some states and municipalities have taken that a step further to implement their own PFAS regulations to enforce the EPA’s suggested advisory. As of June 2022, the EPA had lowered the advisory limit of some chemicals as low as 0.02 parts per trillion — though many of the 4,700 different PFAS chemicals remain unregulated. The EPA may soon change its advisory strategy by regulating PFAS as a group, rather than as individual chemicals, but no plan has been finalized.

The bottled water industry has also taken steps to mitigate PFAS. The International Bottled Water Association requires its members to have no more than 5 parts per trillion per PFAS.

Can PFAS be removed from a water supply?

There are ways to significantly reduce PFAS from a water supply using granular activated carbon filters and reverse osmosis, though most municipalities do not use these costly, high-maintenance purification tools. Families can take steps of their own to mitigate their PFAS exposure by drinking purified bottled water or installing home filters, which can be expensive.

What does the EPA plan to do next?

The EPA announced in October that it plans to give legal teeth to its regulation of PFAS at 70 parts per trillion. Any municipality that fails to maintain the standard will face penalties. It may also formally classify certain PFAS as hazardous materials which would change how producers can dispose of the products which could prevent more PFAS from leaching into the water supply. In June 2022, the EPA announced lower advisory limits for PFOS and PFOA, two common PFAS chemicals. The agency is still considering whether to change its strategy and begin regulating PFAS as a group, rather than individual compounds.