What Do Angelina Jolie and Santa Have in Common? 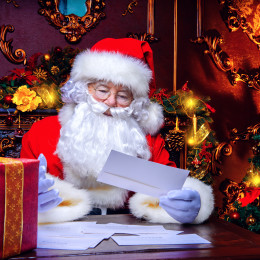 According to Dr. Sunita Desai and Dr. Anupam Jena, the answer is yes.**

The researchers evaluated the rate of BRCA gene testing in the months before and after Angelina Jolie shook the nation with a New York Times editorial revealing she had undergone a mastectomy after finding she carried a mutant variant of the BRCA1 gene.

A “faulty” BRCA1 gene increases a woman’s risk of developing breast cancer by as much as 80%, depending on the nature of the genetic mutation. The study found that rates of BRCA testing among insured women almost doubled after Jolie’s editorial ran. However, mastectomy rates among tested individuals dropped, indicating fewer positive test results.

The authors suggest women who underwent testing as a result of Jolie’s editorial had a lower probability of carrying the BRCA mutation than women tested before BRCA became a household term. So while Angelina Jolie’s own experience succeeded in reaching a broad audience, it heightened fear among women who didn’t necessarily need the procedure. And at about $3,000 per test, the financial impact of unnecessary testing isn’t something to scoff at.

But then again, neither is breast cancer. Which is why women who are considering being tested should look into genetic risk factors (women of Ashkenazi Jewish ancestry or a family history of breast and ovarian cancers are good candidates for genetic testing), and consult with their doctors rather than the pages of even a well-respected newspaper.

And if talk of breast cancer got you down, be sure to read some of BMJ’s other, lighthearted (we promise) Christmas issue studies. Honorable mentions include:

**Disclaimer: correlation does not mean causation, and the conclusions of this observational study are only as strong as the variables it controls for.