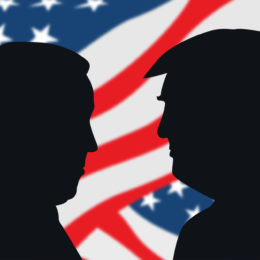 There aren’t many issues on which Joe Biden and Donald Trump agree, but fracking appears to be one of them—at least to a degree. The issue has been a point of contention during the election. So why is fracking such a big issue?

Both Biden and Trump’s campaigns have vowed not to ban fracking generally if they win in November (though Biden has said his administration would restrict fracking on federal lands). Their common view on fracking should not come as a surprise given that the industry has helped create American jobs while also lowering greenhouse gas emissions. The latter point is important given fracking often faces opposition from environmental groups.

Fracking, which is the process of pumping water and sand between layers of rocks to release natural gas and oil, has played a key role in the reduction of greenhouse gas emissions in the United States. The nation’s fracking boom drove down the price of natural gas, which is used to heat homes and create electricity. The cheap natural gas began to replace the coal that had been used to produce electricity for generations. This transition has benefited the environment because natural gas emits half as much greenhouse gas as coal.

Replacing coal with natural gas led the U.S. to be the world leader in cutting carbon dioxide emissions in 2019, according to a report from the International Energy Agency. The agency specifically credited “record-low natural gas prices” for the dip in emissions.

Fracking has been a benefit to the American economy, as well. In the past, oil prices in the U.S. were reliant on what was taking place in the Middle East or Venezuela, two of the least stable regions of the globe. Fracking has created an energy buffer between the U.S. and the rest of the globe that has led gas and energy prices to remain stable over the past few years despite continued chaos in oil-rich countries.

Additionally, fracking has created jobs in many states throughout the country. The fracking industry alone has created 2.1 million jobs, but that number could grow to 3.9 million jobs by 2025. Fracking has also contributed to a growth in jobs in associated industries. A report from Reuters estimated that natural gas added $2.08 trillion to the U.S. manufacturing sector in 2013 alone.

Some fringe critics have continued to call for fracking to be banned despite the clear benefits. New York Rep. Alexandria Ocasio-Cortez, for example, has suggested that all fuels that emit greenhouse gases should be banned. But the fact remains that the technology behind most renewable energy sources is not stable enough to meet electricity demand in the U.S.

Fracking provides a cleaner energy source and millions of jobs for Americans. It makes sense that fracking would be one of the few issues where Biden and Trump see eye to eye.