Where Does Plastic Ocean Trash Come From? 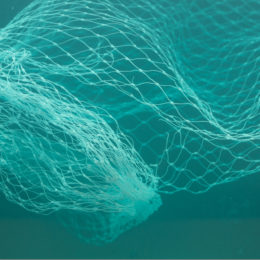 There is a patch of plastic twice the size of Texas floating in the Pacific Ocean.

Compelling images of sea creatures tangled in the Great Pacific Garbage Patch are often used in campaigns throughout the United States aimed at reducing the amount of plastic waste the country produces. Municipal governments have banned straws, bags, and water bottles as part of their effort to prevent plastic waste from entering the oceans.

But Americans are not responsible for the plastic waste in the ocean.

According to a peer-reviewed study from the American Association for the Advancement of Science (AAAS), just 0.9 percent of the mismanaged plastic waste in the ocean in 2010 could be traced back to consumers in the United States.

According to a report from National Geographic, most of the plastic waste in the Great Pacific Garbage Patch can be contributed to abandoned fishing gear rather than small items like soda bottles or straws. And while a lot of the media and activist focus is on plastic, there are all kinds of materials that litter water (and land), including glass, cement, metal, and other waste. Proper waste management is important, and the US generally does a solid job with solid waste.

Keeping the ocean free from plastic is an important effort, but that effort cannot overshadow the reality that the United States is not responsible for the vast majority of mismanaged waste. Environmental activists should be focusing on real waste problems in the United States, including a dismal overall recycling rate of just 35 percent. That is a problem Americans can actually address.