Home  ⁄  Periodic Fables  ⁄  Uncategorized  ⁄  Where is Our Money Going?

Where is Our Money Going? 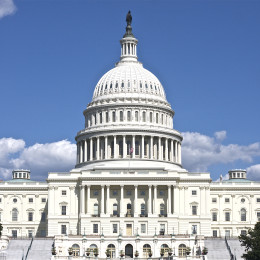 We’ve expressed frustration for the methods used by the International Agency for Research on Cancer (IARC) to determine what exactly causes cancer (to paraphrase their findings: everything.)

When groups claim that most of the chemicals people encounter on a daily basis are cancer causing, the breathless warnings start to look like they’re coming from Chicken Little. This can be dangerous if people become so used to warning signs that they ignore legitimate, necessary cautions, such as those on cigarettes or containers of bleach.

We certainly aren’t the only ones concerned about the impact IARC has on the number of warning labels out there.

In fact, Congress is now entering their fifth month of investigations into why the U.S. continues to fund an international agency which contributes little more to public health understanding than the boy who cried wolf.

Our chief science officer, Dr. Joseph Perrone, recently published a letter criticizing continued federal funding for the IARC. You can read it in part below:

Lawmakers are concerned that in the past year alone, IARC wasted more than $1.2 million taxpayer dollars on shoddy reports claiming everything from mobile phones to working the night shift causes cancer. IARC has been so quick to label substances and activities carcinogenic that legitimate warnings get lost among wolf crying.

In spite of IARC’s questionable history, the agency’s actions didn’t seem purposefully malicious until it denied a Freedom of Information Act (FOIA) Request for documents that led to the agency’s recent decision to label glyphosate, a popular weed killer, as cancer-causing. IARC told its scientists to keep mum as well, which should raise more than a few red flags.

Science depends on transparency and replicability. The agency was only asked to provide evidence for a conclusion that put it in conflict with the scientific findings of at least 5 nations. In the face of conflicting evidence, reasonable discussion should be entirely warranted. Yet IARC seems to think the world should accept their findings as gospel truth without any outside verification.

Why should we trust any agency denying oversight of its already poor record? Our hard earned tax dollars certainly don’t need to be wasted finding out why the sky is falling this time.