Which Retailers Fail on Toxic Chemicals? 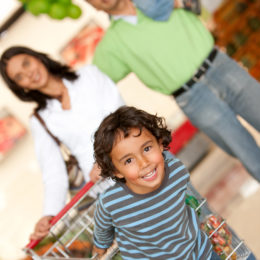 Earlier this week, Safer Chemicals Healthy Families released a report card from its Mind the Store campaign grading Amazon, Apple, and 28 other major retailers on toxic chemicals in their products.

But as far as we’re concerned, the project gets an F in scientific evidence.

The entire premise of the retailer ranking is to evaluate stores for avoiding chemicals of high concern. Perhaps they looked at whether a store sells a product like hydrogen peroxide. After all, although the solution can safely prevent infections on minor cuts and scrapes, ingesting hydrogen peroxide can cause vomiting, gas bubbles in the blood, fluid accumulation in the lungs, unconsciousness, and respiratory arrest. Surely it must be avoided!

That’s the type of silly logic radical activist groups like Safer Chemicals Healthy Families use to convince consumers that the “toxic” chemicals in their cosmetics, foods, and household goods are harmful. When it comes to whether or not a substance is actually harmful, dose and route of exposure (ingesting, breathing, or absorbing through the skin, for example) play a major role. But instead of acknowledging the nuance in product safety, groups like Safer Chemicals Healthy Families go against sound science and claim that common ingredients like BPA and parabens are dangerous no matter what. That’s likely why the overwhelming majority of professional toxicologists believe environmental activist groups overstate the health risks of chemicals.

Chemical safety is complex, which is why the U.S. has seven federal agencies devoted to evaluating ingredients. In fact, every one of the 7,700 chemicals used in significant amounts in commerce today has undergone a number of safety evaluations.

First and foremost, materials scientists, microbiologists and toxicologists test new ingredients (and often, the full formulation of new products) to ensure the material does what it was designed to do, and does so safely. As much as environmental groups howl that private sector research destroys human and environmental health in the name of profit, there’s perhaps no worse situation for a company’s bottom line than a new product that hurts the consumers who purchase it. Businesses face a steep financial incentive to develop good, safe products that keep their consumers coming back.

But before a new chemical can even reach consumers, the 41 year old Toxic Substances Control Act requires it first be evaluated by the EPA. And following updates to the law last year, the EPA now has even greater authority to test chemicals if a safety concern arises.

In short, the products we use every day are safe as long as people use them as intended. If the report card evaluated retailers based on the same scientific evidence that convinced the EPA, FDA, and a half dozen other federal agencies to offer their seals of approval, every retailer would have been awarded an A.