When Will Jenny McCarthy Apologize? 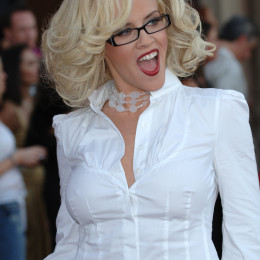 The Fallout from the Anti-Vaccination Lobby

It’s been more than four years since the infamous study suggesting a link between vaccines and autism was officially retracted. Unfortunately, instead of breathing a sigh of relief and taking their kids to the pediatrician, more and more parents are opting to leave their children (and the rest of the community) vulnerable to easily preventable diseases.

Just look at California. The overall percentage of school children in the state receiving the full regime of vaccinations has dropped to about 90%.  While this might seem like a pretty high percentage, it’s actually a very frightening number–it is generally accepted by epidemiologist that a rate below 95% puts the general public at risk for exposure to these infectious diseases.

Dr. Paul Offit, director of the Vaccine Education Center at The Children’s Hospital of Philadelphia, wrote an excellent op-ed on this disturbing trend in the Wall Street Journal this week. In it, he points out the one of the biggest problems in convincing parents to vaccinate their children is that “We simply don’t fear these diseases anymore.” Most of the parents of young children today were vaccinated to protect against measles, mumps, rubella, and whopping cough—they never knew anyone who contracted, let alone died of these diseases.

Who is choosing not to vaccinate? The answer is surprising. The area with the most cases of whooping cough in California is Los Angeles County, and no group within that county has lower immunization rates than residents living between Malibu and Marina Del Rey, home to some of the wealthiest and most exclusive suburbs in the country. At the Kabbalah Children’s Academy in Beverly Hills, 57% of children are unvaccinated. At the Waldorf Early Childhood Center in Santa Monica, it’s 68%, according to the Hollywood Reporter’s analysis of public-health data.

These are the kind of immunization rates that can be found in Chad or South Sudan. But parents in Beverly Hills and Santa Monica see vaccines as unnatural—something that conflicts with their healthy lifestyle. And they have no problem finding fringe pediatricians willing to cater to their irrational beliefs.

It’s one thing to put your own child at risk, but these individual actions put other children at risk and also put adults, particularly the elderly, at risk.  This is a shameful state of affairs that a small group of people can convince, with no supporting evidence, that having your child vaccinated isn’t “healthy.” The anti-vaccination crowd’s propaganda is incredibly dangerous junk science. I only hope it doesn’t take more deaths from preventable diseases to finally convince parents that vaccines aren’t just safe, they’re lifesaving.