Will Rushing Production of Solar Panels Protect the Environment? 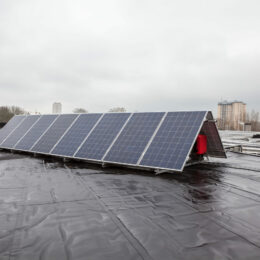 The Biden Administration announced this week that it would be taking two significant steps to expand the supply of solar panels in the United States.

First, President Biden invoked the Defense Production Act to increase solar panel production within the country, including the production of associated materials, such as fuel cells and updated transformers.

Second, Biden announced that he would be dropping some related tariffs with foreign countries to increase solar panel imports, including Cambodia, Malaysia, Thailand, and Vietnam. China was not included in the list of exempted countries, but critics have noted that several Chinese state-backed producers have relocated to these nearby countries to skirt existing regulations–meaning that China stands to benefit from the policy, as well.

The administration claimed that these emergency actions are essential because solar panels are key to preventing climate change which is a “threat to our national security,” and also because the United States is struggling to “provide sufficient electricity generation to serve expected customer demand.”

But will an abundance of solar panels help address either of these concerns? It’s unlikely.

Solar is far from efficient or reliable. Solar panels cannot achieve 100 percent efficiency as they can only collect energy when the sun is up and free from cloud cover. According to the green energy company IGS Energy, solar panels have an average efficiency of 15 to 18 percent.

Solar energy also struggles in reliability because the sun is not always at its brightest when demand is at its highest. For example, demand tends to increase between 5 pm and 9 pm as families return home, cook meals, and turn on the air conditioning. But the sun is typically setting during this time. Solar must either be stored in large batteries – which currently do not exist at a size that could support a major city – or be supported by a consistent energy source such as fossil fuels, hydroelectric, or nuclear power.

As for protecting the environment, solar energy also has dubious credentials.

As mentioned, solar energy is not currently efficient enough to run entire cities (or even entire homes) without support from either batteries or some other energy source. But even if technology advances to the point where solar panels are efficient and reliable, there are still many environmental side effects that are worth considering.

Solar panels are very energy-intensive to manufacture. Additionally, they require many rare earth metals that are often harvested through very environmentally harsh processes. China controls most of the global market for rare earth minerals.

According to a study published in Joule by researchers from the Fraunhofer Institute for Solar Energy Systems, photovoltaic cell (the technical name for solar panels) production “will lead to significant CO2 emissions” unless innovative technologies are widely adopted.

The environmental impact of photovoltaic cells produced in the United States is significantly smaller than those produced in Asia. The Joule study noted, “The footprint of a Si-PV [silicon photovolatic] module produced in China is twice as high in comparison to a production in the EU or the US due to a different degree of industrialization and environmental restrictions.”

And while the tariffs put in place technically exclude China, the other countries that tariffs are lifted on–Malaysia, Thailand, and Vietnam–may have an even worse environmental record that shows little regard for the planet.

For example, each of these countries is in the top 10 for contributing the most trash into the ocean. These three tiny nations are responsible for more than 11 percent of the mismanaged trash in the ocean. For comparison, the United States is responsible for less than one percent.

These countries simply lack the infrastructure and regulations that the United States has in place to protect the environment.

But no matter where the solar panels are produced, they all must be disposed of at some point. Currently, we don’t have a great way to do that – and it’s a big problem.

Some of the components used in solar panels are toxic. Silica, for example, can cause silicosis, a fatal lung disease similar to that of the diseases caused by asbestos. Silica production also generates noxious gasses, including sulfur dioxide. Solar panel production also requires many powerful acids.

One study found that solar panels create as much as 300 times more toxic waste per unit of energy than nuclear power generation over the lifespan of the panel.

Solar panels also require a lot of land that may need to be cleared, potentially causing deforestation, erosion, and runoff issues.

Certain parts of solar panels can be recycled, but doing so is very expensive. France currently has the world’s only commercial solar panel recycling facility.

From energy generation to disposal, solar panels have many flaws. If climate change is a national emergency, it isn’t clear that solar panels are ready to be the hero many environmentalists paint them to be.