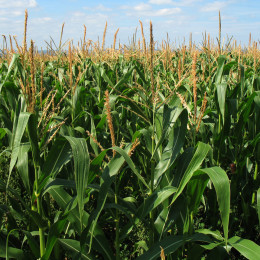 Study after study has confirmed that there is no evidence eating genetically modified foods (also known as genetically modified organisms or GMOs) is in any way harmful to public health. This hasn’t stopped organic food proponents from passing around lists of “GMO Facts” that have been shared on blogs and social media sites, despite the fact that these “facts” are mostly fiction.

Nearly every major scientific and medical academy around the globe has proclaimed the safety of GMO foods. In the U.S., National Academy of Sciences has noted that after billions of meal served, “no adverse health effects attributed to genetic engineering have been documented in the human population.” Additionally, the British Royal Society, World Health Organization, American Medical Association, and American Association for the Advancement of Science all agree that GMOs are safe.

The scientific opinion on GMOs can be summed up by Nina Fedoroff, former president of the American Association for the Advancement of Science: “There is absolutely no evidence, repeat no evidence, that modifying plants by molecular techniques is dangerous. There is no evidence that rice expressing a compound that lots of plants make is dangerous.”

Studies purporting to show the danger of GMOs have been quickly debunked by the wider scientific community. One of the most widely-cited studies, that claimed genetically modified corn caused tumors in rats, was retracted by the journal that published it after major concerns about the research methodology surfaced.

Anti-GMO Activists in the Media

Despite the wealth of reputable research on GMOs, activists and members of the media continue to claim that there is limited research into the effects of GMOs on health.

“There is no credible evidence that GMO foods are safe to eat.” – David Schubert, Salk Institute of Biological Studies

The views of anti-GMO activists are given nearly equal coverage by mainstream media, spreading doubts about GMO safety. Despite their lack of peer-reviewed, scientific evidence to support their claims, their positions are largely given equal footing with respected scientists.