As traditional print mediums like newspapers and magazines struggle to keep readers in the age of computers, smartphones, tablets, and TV, competition for readers has never been stiffer. Sensationalism has always existed in journalism, but with the advent of the internet, writers are now competing to publish articles that receive the most “clicks” and “shares” on social media sites. This growing competition has led to major staff cutbacks at newspapers and magazines, a problem that roughly 70 percent of journalists say is “seriously hurting the quality of news coverage.”

Science journalism has been particularly hard hit. In 2008, CNN announced it was cutting its entire science, technology, and environment news staff. Layoffs have left a number of papers without a single science reporter.

Renowned NYU bioethicist Arthur L. Caplan points out that: “A lot of the big news outlets have given up on science coverage. They’ve cut reporters, dropped sections or are down to one person doing everything from the space program to nanotechnology.”

Dr. Caplan also notes that American children’s scientific literacy lags behind other nations, and that the willingness of editors to include fringe views in scientific coverage has led to significant problems: “The CDC estimates that last year 381,000 Americans were hospitalized due to the flu. They also estimate that, the flu vaccine prevented 79,000 hospitalizations and 6.6 million illnesses. Yet a tiny cabal of kooks and know-nothings has gotten so much attention that barely half of all Americans get a flu shot.”

Journalists often seek out an expert to provide the opposite view or a critical look at new scientific research. Usually, the inclusion of opposing views is an important part of producing reliable journalism, but the quest for “balanced coverage” in science reporting often gives an amplified platform for fringe viewpoints.

Even the respected BBC has been criticized for its fringe science coverage, leading the organization to rethink its coverage. An independent report by Professor Steve Jones, emeritus professor of genetics at University College London “lamented the narrow range of sources that reporters used for stories, poor communication between journalists in different parts of the organisation, and a lack of knowledge of the breadth of science.”

The report prompted calls for changes in media coverage of science. An article by Fiona Fox, chief executive of the UK’s Science Media Centre argues:

When the press gets it wrong on science, the results can be devastating. The furor over MMR, which started in 1998 after a rogue doctor claimed a link between the vaccine and autism, is the best-known example of how poor reporting can cause harm. Vaccination rates dropped to 80 percent, and cases of measles in England and Wales rose from 56 in 1998 to 1,370 in 2008.

An article in the Columbia Journalism Review, “Blinded by Science: How ‘Balanced’ Coverage Lets the Scientific Fringe Hijack Reality,” highlights some of the worst examples of prominent media coverage of fringe views and the challenges facing science reporters:

Journalists face a number of pressures that can prevent them from accurately depicting competing scientific claims in terms of their credibility within the scientific community as a whole. First, reporters must often deal with editors who reflexively cry out for “balance.” Meanwhile, determining how much weight to give different sides in a scientific debate requires considerable expertise on the issue at hand. Few journalists have real scientific knowledge, and even beat reporters who know a great deal about certain scientific issues may know little about other ones they’re suddenly asked to cover.

In his first Carbon Column, U.K. author Ellis Hall of FutureNetZero made the case that plastic may have a better carbon footprint when compared to 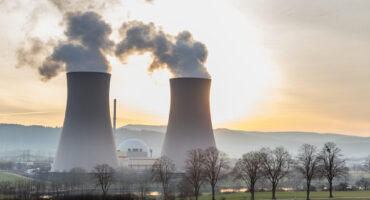 The United States Department of Energy announced a plan to spend $6 billion to rescue nuclear energy facilities that are at risk of closing.  Department

In 2011, a 9-year-old estimated that Americans alone use 500 million straws per day – a figure that would go on to become the basis

The federal government announced that it would be dolling out an unprecedented $6.4 billion to address the lasting effects of aluminum mining.  The clean-up will