Much of the research conducted into chemicals is performed by industry. Businesses have an interest in showing that their products are safe and employ more scientists than the government, non-profits, and universities combined. Industry also often collaborates with universities to conduct joint research or fund university-run research. And as with government, university, or non-profit-funded studies, industry-funded studies are often peer-reviewed and published in prestigious journals.

It’s not uncommon for researchers to receive grants from private industry, non-profits, and governments throughout the course of their careers. When the National Academies of Sciences developed its first conflict of interest policy, researchers noted that “Scientists universally opposed the policy, however, for a range of reasons—while some argued that all experienced and knowledgeable experts were inherently conflicted, others were offended at the suggestion that any expert could be biased.”

Government funders have often encouraged research collaborations between private industry and universities. As government budgets have been slashed, industry has increased its support of university research, providing $3.2 billion to universities in 2012. Though many have questioned these partnerships due to fears that companies would pressure researchers to manipulate the outcome of their research, new research from the University of California, Berkley and the U.S. National Academies of Science found that “corporate-sponsored research is surprisingly valuable for further innovation. Data collected over 20 years at nine campuses and three national laboratories administered by the University of California show that corporate-sponsored inventions are licensed and cited more often than federally sponsored ones.”

Because of the misdeeds of the tobacco industry, many scientists and health reporters remain skeptical that any industry-funded research can be trusted.

For example, a recent study published in PLoS Medicine argued that studies funded by industry has compromised the research on sugar-sweetened beverage consumption and weight gain. The study was widely reported by the media, with stories claiming that industry’s influence has resulted in illegitimate research.

However, a Harvard Business Review article on the sugar/industry study argued that there were key flaws in the study’s design.

The researchers looked at systematic reviews conducted between 2006 and 2013. But this period saw a significant change in the kind of research done on sugar and weight gain. At the beginning of the period, there were few randomized control trials and a lot of observational studies; at the end, more randomized control trials, which provide much better evidence of cause and effect. The effect sizes for these trials are still quite small, but when added together, there was more, and qualitatively better, evidence associating sugar consumption and increased weight gain the closer one got to 2013. In fact, the four systematic reviews from 2012 onwards all found mostly positive associations; none were funded by industry.

The study also labeled research funded by the National Institutes of Health as “industry-funded” because the authors had received funding in the past from the food industry.

Other criticism has been leveled at the pharmaceutical industry, which has been criticized for not being transparent in company’s funding of studies of their products. A Washington Post article on the controversy argued:

Company executives seeking to promote their drugs can design research that makes their products look better. They can select like-minded academics to perform the work. And they can run the statistics in ways that make their own drugs look better than they are.

However, the same article also noted:

Just because industry-funded researchers arrived at conclusions that were later discarded does not mean that money biased their findings. Researchers get things wrong for lots of reasons — errors are a part of science.

Most researchers acknowledge that doing away with industry funding of research is not the answer to criticism about funding bias. Instead, researchers and members of industry are promoting greater transparency and access to information about products. As with studies funded by other sources, if other scientists can replicate research done by those receiving industry funding, it lends much more credibility to the researchers’ findings.

As Halloween approaches, Americans can expect to see a lot of people walking around in masks, pretending to be someone they aren’t.  It’s not all

The city council in South Lake Tahoe, California, is considering banning the sale of plastic bottled water.  If the ban takes place, flavored drinks and

The Environment Protection Agency finally announced its latest rule regulating the “forever chemicals” known as PFAS. PFAS – or per-and-polyfluoroalkyl substances – is a group 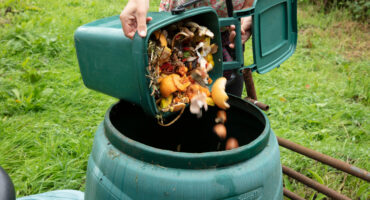 Environmentalists’ Love for Organics May Be Polluting America’s Drinking Water

Environmentalists have long supported biodegradable products and composting by claiming it is better for the planet. But a new investigation shows organic composting may be