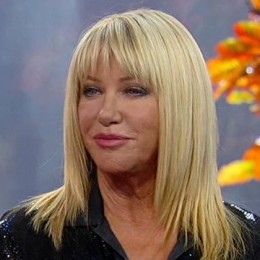 Suzanne Somers, the actress best known for her roles on sitcoms Three’s Company and Step-by-Step, also happens to be a very vocal opponent of conventional medicine, technology, and agriculture. She’s currently making the talk show rounds—including a recent stop on The Dr. Oz Show—promoting her new book Tox-Sick: From Toxic to Not Sick, which makes pretty outlandish claims about the causes of disease.

We’ve read her book (so you don’t have to) and compiled a few of her craziest assertions. And since she doesn’t use any citations, we did the legwork to figure out where she’s coming up with her “facts.”

Somers: “Most often high blood pressure is an overload of accumulated lead in your bones and the solution is not a dangerous drug you take for life, but instead chelation, which will over time remove the lead from your bones, allowing your body to dramatically lower your total toxic body burden.”

Lead is dangerous—high levels of lead have been linked to many health ailments, including cardiovascular issues. However, most people do not have high levels of lead in their bones. The exact cause of high blood pressure is not known, but the American Heart Association says risk factors for high blood pressure include advanced age, lack of exercise, poor diet, obesity, and heavy drinking (no mention of toxins). Chelation is a proven treatment for lead poisoning, but the American Heart Association points out “available scientific evidence does not support claims that the treatment benefits patients with cancer, heart disease, or any medical problems other than heavy-metal poisoning.”

Somers: “Consider the results in a study of lab rats fed exclusively GMO foods for two years: all of them had organ failure or organ damage; half of them were sterile; the other half that didn’t die had strange aberrations like hair growing between their teeth and hair growing around their organs.”

Somers appears to be mixing up the findings of a widely criticized, unpublished study. Russian biologist Alexey Survov, fed hamsters (not lab rats) genetically modified soy for two years over three generations. He concluded that the GM diet caused sterility and hair growth in the mouth. However, his findings were never accepted for publication, his methodology has been widely criticized, and he works for an anti-GMO organization. If GMOs actually caused any of these health problems—especially sterility, it’s unlikely GMO-fed livestock would have continued to reproduce for so many generations in the U.S.

The American Cancer Society explains that the waves given off by cell phones aren’t strong enough to damage DNA directly or cause DNA damage. The vast majority of studies exploring the link between cell phone use and brain tumors—including a 13-country, 10-year study—have not found any link.

Somers: “And for any readers who don’t believe (because there are many naysayers) this stuff about plastics and BPA, which is a cousin of phthalates, who believe it is not all-pervasive in the world, think about this: the Arctic polar bears, who have the cleanest air, food, and water on the planet, now have the human diseases—osteoporosis, hypothyroidism.”

There is some evidence that man-made chemicals have been found in polar bears, however BPA is not one of those chemicals. Additionally, studies have not linked BPA to osteoporosis or hypothyroidism in humans or rodents, and comprehensive reviews by the European Food Safety Authority and U.S. Food and Drug Administration conclude that BPA poses no health risk to humans. The main concern for polar bears has been concentration of PCBs—chemicals used in a wide range of cooling fluids and insulators that have now been banned for more than 30 years. Recent research has shown that after the ban, levels of PCBs in polar bears has sharply decreased.

Somers also coins the phrase “chemical belly” apparently tied to a host of diseases. We’re not really sure what this is, or what research she’s using to create this new diagnosis, but we do know that it will certainly scare her readers. It’s pretty ironic that the same week Dr. Oz uses his show to defend his dubious medical advice, he hosts Somers to spew her bogus health theories.