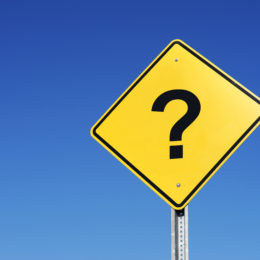 Last week, a Los Angeles Times article posed the question: “Adding Roundup to Prop. 65 list is a victory, but will Californians heed the warning?”

Adding Roundup, the popular weed killer powered by glyphosate, may have been a win for internet activists, but it was by no means a win for science.

Government studies evaluating the entire body of well-performed research into glyphosate’s safety have unanimously concluded that the substance is not harmful to human health, and especially not at the levels which people are actually exposed to.

After “an exhaustive process,” the European Food Safety Authority (EFSA) found glyphosate was unlikely to be carcinogenic. The United Nation’s Food and Agriculture Organization found “glyphosate is unlikely to pose a carcinogenic risk to humans.” Even our own Environmental Protection Agency – under the Obama Administration, we might add – concluded, “the available data and weight-of-evidence clearly do not support the descriptor ‘carcinogenic to humans.”

But ever since the International Agency for Research on Cancer (IARC) branded glyphosate as “probably” able to cause cancer in humans, the active ingredient in the world’s most popular weed killer has been embroiled in controversy. And although a recent Reuters investigation uncovered severe scientific dishonesty in that decision (in short, the lead decision maker never published extensive data which all but proved glyphosate’s safety, likely with the intent of hiding it from his fellow glyphosate evaluators) anti-glyphosate opinions hold steadfast.

Bad science aside – and it really is a BIG aside – the Los Angeles Times author then tried to make the case for adding glyphosate to California’s notorious Proposition 65 labelling law…..by arguing that the law doesn’t work.

Don’t believe us, read it for yourselves:

“But let’s be frank about what this action means for Californians, who have been ignoring the Proposition 65 warnings for just about as long as they have been around. The problem is that Proposition 65 warning signs and labels are everywhere you look — office buildings, gas stations, pot shops, just to name a few. That’s partly due to the fact that modern life means we are constantly surrounded by both naturally occurring and human made chemicals, including the more than 850 on the Proposition 65 list. Nor do the warning labels have the space to provide the contextual information that would help people effectively evaluate their relative risk of exposure.

What has also contributed to the proliferation of warnings is that the enforcement of the state law is driven by litigation initiated by private citizens (bounty hunters, some have called them) against noncompliant businesses. Just to be safe, California businesses have taken to placing those warnings everywhere, even if a listed chemical isn’t present. Better safe than sued.

Since Californians can’t escape the chemicals, or the many signs warning about them, the only rational reaction has been to ignore them. Obviously that was not the intent of the 1986 ballot measure that created the state law to identify and list dangerous chemicals, but it does show that warnings without action or context aren’t particularly helpful.”

Oh California, your lack of logic never ceases to entertain.