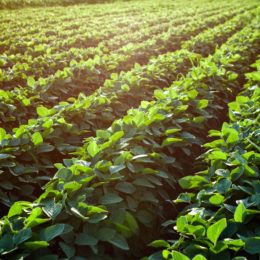 When we knock on activist groups for pushing bias-driven ideologies in the health and nutrition sciences, there is solace in knowing wildly inaccurate claims can be readily disproven by science.

Well-designed studies that examine and control for major relevant variables, include sufficient trials, and are readily reproducible have a habit of uncovering accurate information. Such was the case when epidemiologist Dr. Aaron Blair examined the health effects of glyphosate, the world’s most popular weed killer, on thousands of farmers and their families. The study was part of the National Institutes of Health (NIH) Agricultural Health Study, and revealed – quite definitively, according to independent researchers who examined the data – that glyphosate does not cause non-Hodgkin’s lymphoma.

It should have come as good news. After all, in the controversy surrounding glyphosate’s safety, robust, decades-long, human-centric data fills a gap in current knowledge.

However, Dr. Blair never bothered to publish his data. And a recent Reuters investigation uncovered that if Dr. Blair had published, his findings could have led the International Agency for Research on Cancer (IARC), the only authoritative body to call glyphosate a human carcinogen to date, to give the weed killer a clean bill of health.

When pressed about why he neglected to even attempt publication, Dr. Blair responded that there was simply “too much to fit into one scientific paper.”

A wealth of data would be most scientists’ ultimate fantasy in the age where researchers must regularly publish or risk losing their funding. Independent researchers with the International Epidemiology Institute and the University of Cambridge even agreed there was “no ready explanation” why Dr. Blair never published the data.

It’s especially troubling because Dr. Blair served as the chairman of the IARC committee which condemned glyphosate as a carcinogen. While essential public health data languished in Blair’s office, IARC’s classification inspired the state of California to require a cancer warning on the product and paved the way for more than 1,000 people to sue Monsanto, the company that developed glyphosate. The investigation calls into question whether Dr. Blair purposefully withheld his research to negatively influence IARC’s decision.

The public already has a difficult time trying to differentiate between fact and fiction, and intellectual dishonesty like that exhibited by Dr. Blair muddies the waters even further and lends credence to biased activist claims that anything synthetic – especially glyphosate – is a danger to human health. We cannot allow personal biases to direct the future of scientific knowledge.