Genetic Modification May Be The Answer To A Dangerous Toxin 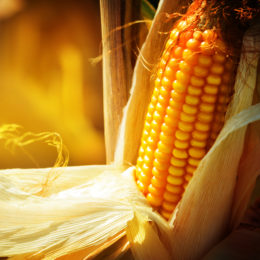 When so many pop-culture outlets warn against the “toxic” cereal and soymilk we feed our families, it’s easy to be lulled into believing that “toxins” aren’t really that dangerous. After all, nobody ends up six feet under after a morning bowl of Cheerios.

But while health food alarmists label every ingredient with a name longer than two syllables as “toxic,” legitimate toxins still exist and present a hazard to health and domestic agriculture. And biotechnology is working to address it.

One toxic contaminant, called aflatoxin, is produced by mold that grows commonly on corn and peanuts. High-dose exposures can cause vomiting, coma, swelling of the lungs and brain, and even death. Chronic, low-dose exposure can contribute to the development of liver cancer.

But before you chuck your popcorn and Planters, know this: Because it’s actually harmful, the FDA closely monitors the presence of aflatoxin in food.  Food containing more than 20 parts per billion, or .000002 percent of the contaminant, must be removed from the food supply. It’s a significant concern for farmers, who spend an estimated $500 million to $1.5 billion managing fungal poisons every year, and for the developing countries that can’t afford to dispose of contaminated crops.

Thankfully, we have biotechnology on our side.

Researchers with the University of Arizona are exploring “host-induced gene silencing” in corn to combat toxic mold. Scientists successfully engineered corn (the host) to turn off, or silence, the mold’s toxin-producing genes. If the modified corn is exposed to toxic mold, the once-dangerous infection is rendered harmless. As research progresses, scientists are exploring whether they can use genetic material to prevent the mold from growing at all.

Early experiments have shown that the corn maintains its nutritional value, but more tests are needed before it can be used to improve the food supply, particularly in developing countries where aflatoxin dangers are most severe.

Until that point, we’re happy to celebrate the contributions which Dr. Monica Schmidt and her colleagues are making to the field of biotechnology.