How Dangerous is Roundup? 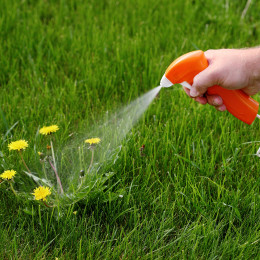 Earlier this year, the International Agency for Research on Cancer (IARC), an agency of the World Health Organization, classified glyphosate (the chemical used in Roundup) as a “possible human carcinogen.” While it’s certainly a scary sounding announcement, what it really means is that like working swing shifts or drinking alcohol, the IARC says studies suggest that it’s possible exposure to glyphosate might cause cancer in humans. It doesn’t mean the IARC has discovered evidence that normal, low dose exposure to glyphosate causes any health issues.

This week, the Washington Post published a well-balanced piece putting the possible risks associated by glyphosate in context. As the article states:

The IARC is charged with identifying substances that can cause cancer, but not the levels of exposure that are risky. Although glyphosate is a probable carcinogen, alcohol consumption, according to the IARC, is an unqualified, definite carcinogen. So is leather dust. So is Chinese-style salted fish. The question about all of these is whether we’re exposed to a high enough level to put us at risk.

Unfortunately, dosage is an issue we humans tend to ignore. According to David Ropeik, author of “How Risky Is It, Really? Why Our Fears Don’t Always Match the Facts,” exposure levels aren’t what scare us. “We are more afraid of threats that are human-made than those which are natural,” he says. As well as “threats we can’t detect with our senses,” “risks that are imposed on us” and “threats generated from sources we don’t trust.”…

But that thing we tend not to pay attention to — dosage — turns out to be the thing that can go a long way toward reconciling the disparate assessments of the danger of glyphosate. Keith Solomon, an environmental toxicologist and professor emeritus at the University of Guelph in Ontario who has studied glyphosate, points out that if the herbicide is a carcinogen, “it has to be a very potent one to pose a risk, because the exposure that humans have is relatively small.”

As we’ve reiterated time and time again, the dose makes the poison.

Because Roundup is regularly used with crops genetically modified to be resistant to the herbicide, activists are using the IARC’s classification to foster concerns about the safety of GMOs. As scientists interviewed by the Washington Post point out, however, “exposure to the residue in food poses little risk.”

Even Dr. Oz–who’s raised alarm bells about pesticides and herbicides on many of his shows–has an article from Dr. Michael I. Greenberg, MD, MPH posted to his website arguing, “The weight of evidence strongly suggests that glyphosate does not cause cancer – and if it does, a look at the dose demonstrates a lack of medically significant exposure.”