How Much BPA is Safe? 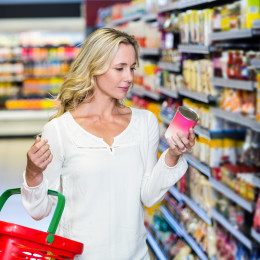 Bisphenol-A (BPA) is one of the most studied chemicals on the planet. The U.S. Food and Drug Administration, European Food Safety Authority, and other global health and regulatory bodies have reviewed hundreds of BPA studies and conclude the chemical poses no risk to human health. But California ignored the weight of the scientific evidence and last year added the chemical to its list of chemicals that require warning labels under Proposition 65. (To learn more about Prop 65’s ridiculous requirements and proliferation of lawsuits, check out our infographic.)

This week, less than 3 months before manufacturers and retailers must start labeling products containing BPA, the state made two major announcements about the chemical:

California’s last minute ruling on canned and bottled foods and beverages makes perfect sense. Under Proposition 65, manufacturers and retailers have one year from the time a chemical is officially listed to when it must be labeled. But canned and bottled foods have shelf lives much longer than one year. In its emergency ruling, California recognized that retailers aren’t likely to know how much BPA may be in the packaging of the products already on their store shelves. The state doesn’t want stores to start pulling these items off shelves to avoid being sued under Proposition 65—canned foods are important sources of nutrients for many Californians, particularly low-income residents who live in “food deserts.”

Instead of requiring every canned and bottled food and beverage item to have a Prop 65 warning, the state will temporarily allow retailers to offer a blanket, point-of-sale warning about BPA exposure.

This is a blow to lawyers, who would have had a field day suing every grocery store who sold a can of green beans without a Prop 65 warning label. But it’s not exactly a win for sound science, either.

In its second announcement, California set a maximum allowable dose level for BPA at 3 micrograms/day for dermal (skin) exposure from solid materials.  To most people, that sounds like legal and scientific jibberish. It’s confusing even for scientists who regularly examine BPA science!

Most human exposure to BPA is through diet—small amounts of the BPA used in food packaging makes it into our food. The body then quickly processes it and it leaves the body through urine. California’s maximum dose discusses dermal (skin) exposure to BPA, making it unclear what that means for food packaging.

Here’s what we do know: