Hyperbole: the road to reform 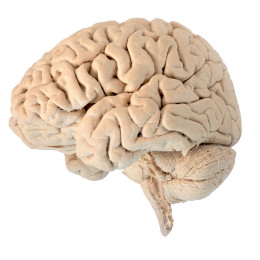 No parent wants to expose his or her child to potential neurotoxins. That’s why a group of scientists, health officials, and environmental activists launched Project TENDR: Targeting Environmental Neuro-Developmental Risks and issued a call to action to “reduce widespread exposures to chemicals that interfere with fetal and children’s brain development.” Unfortunately, Project TENDR has taken this laudable goal a few paces too far by inviting hyperbole into their otherwise reasonable message.

It’s well established that exposure to heavy metals, such as lead, in childhood can have significant neurological impacts. But Project TENDR accuses a wide range of frequently used chemicals, included phthalates, perfluorinated compounds, PCBs, perchlorate, of causing developmental damage based on flimsy or non-existent evidence.

Concurrently, TENDR’s call to “proactively test and identify chemicals” is too broad a recommendation to be implemented. Mandating that every chemical which could foreseeably cause harm stretches valuable resources too thin, especially when every substance– in too great a concentration– has the potential to be harmful.

More reasonable action was actually just signed into law with Congress’ passage of the Lautenberg Chemical Safety Act. The legislation calls for the Environmental Protection Agency to immediately start assessing the safety of widely used chemicals and requires the EPA to specifically consider the impact of exposure to vulnerable groups, including children and pregnant women. Project TENDR conveniently forgets to mention this recent action in its effort to manufacture a sense of urgency.

In fact, the group’s message that nearly every chemical could potentially harm a child’s developing brain goes so far that it’s encouraged the support of the discredited anti-vaxxers hoping to revive the debunked myth that life-saving vaccinations cause neurological problems such as autism.

Nestled among the supporters of Project TENDR is Andrew Wakefield, leader of the anti-vaxxer movement.
Wakefield himself did not sign the Project TENDR consensus statement. He couldn’t have – it would have stripped the group of any credibility to have a former doctor who is now barred from practicing medicine due to his falsification of data and unethical research on children. But that didn’t stop former doctor Wakefield from endorsing Project TENDR, and even suggesting that the group came “within a hair’s breath of saying what you have known all along, of saying vaccines” should be one of the issues of concern.
That’s the kind of endorsement that should give any scientist pause.