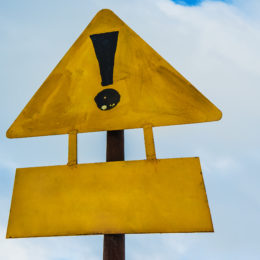 This week, a Bloomberg news story opened with this curious note: “If you happen to buy a cup of coffee in California and it comes with a cancer warning, don’t panic — it’s just the law.”

That law, Proposition 65, has been the bane of California businesses for over 30 years. It requires warnings on products and places which may expose consumers to chemicals “known to the state of California” to cause cancer, birth defects, or reproductive harm.

Trouble is, California apparently “knows” more than the EPA, FDA, NIH, and the litany of toxicologists who study harmful substances for a living. The state labels items as innocuous as wood dust and Chinese-style salted fish as cancer causing. And where there is evidence that a substance may impact health when present in large enough amounts, California tends to slash the federal government’s safety threshold by thousandths, so the state’s own safety limit is arbitrarily low.

If you think playing it safe is the right move in this case, consider this: EPA and FDA safety limits already consider chronic dosage (being exposed to a chemical repeatedly over a lifetime), and sensitive populations (like pregnant women and children). The agencies publish the threshold of exposure that won’t impact the health of a child or pregnant woman even if they consumed the ingredient every day for years (or 9 months). The level is already safe, so slicing and dicing it won’t make California’s arbitrary limit any safer.

What it does do is require businesses to put scary warning signs on things like flip flops and coffee, or risk losing thousands of dollars in legal settlements. The labels don’t protect consumers, but they certainly desensitize them.

Even California’s major newspapers have begun to call for reforming the law. Yesterday, the Orange County Register Editorial Board wrote that “Vague warnings and drive-by lawsuits hurt California businesses and do little or nothing to advance public health and safety.” And in it’s own editorial last month, the Los Angeles Times quipped:

The prospect that warnings might be added to every cup of coffee seemed like a joke back in 1986, when opponents of the proposal touted its potential misuse. We pooh-poohed those claims at the time, even though we opposed the initiative as too inflexible.

“To be sure, the potential problems would not approach the grossly exaggerated levels predicted by the anti-Proposition 65 campaign, led by oil and chemical companies and the agriculture industry,” we wrote. “Passage of Proposition 65 will not lead to the banning of ordinary table salt or require warning labels on every apple sold or cup of coffee served in California.”

The fact that the most outlandish prediction may now come true only underscores the need for fixing or replacing this law.

It’s promising to see major outlets finally getting on board with how big of a disaster Proposition 65 has become.