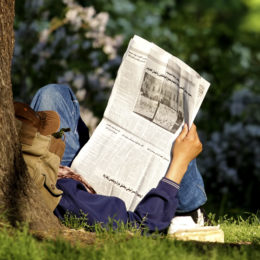 Read an excerpt of Dr. Perrone’s argument below, or the entire op-ed on the Orange County Register website:

According to Reuters, IARC researcher Dr. Aaron Blair may have intentionally neglected to publish a study following tens of thousands of farmworkers and their families that revealed no association between glyphosate and a blood cancer called non-Hodgkin’s lymphoma, the disease it’s most often (incorrectly) blamed for causing. The data likely would’ve led IARC to give glyphosate a clean bill of health, Blair admitted in a sworn deposition.

Californians became victims of his actions. The state’s Proposition 65 list mandates warnings that coffee, high heels, and now — backed by Blair’s omission — the world’s most widely used weed killer “may contain chemicals known to the State of California to cause cancer” and in some cases, “birth defects or other reproductive harm.”

It’s a useful concept: Let consumers know when a product could damage their health. But one of Proposition 65’s many flaws requires it automatically list substances IARC thinks causes cancer. IARC is notoriously loose in issuing cancer classifications and claims things like red meat, cell phones, and working the night shift are all potential human carcinogens. And after digging in its heels for over 25 years, IARC recently admitted that coffee doesn’t actually cause cancer. Oops.

Glyphosate fell into Proposition 65’s tangle despite twice passing the EPA safety tests required of all weed killers and being exonerated by the European Food Safety Authority and United Nation’s Food and Agriculture Organization as “unlikely to pose a carcinogenic risk to humans.”

Because of IARC, glyphosate joins more than 900 chemicals on Proposition 65’s list. The “offenders” are so numerous, researchers with Harvard University’s Kennedy School of Government recently raised their own concern: The state’s barrage of warnings on seemingly harmless items may condition Californians not to take their warning seriously at all.