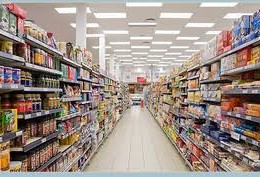 Should you fear packaged food?

A recent headline in the British daily Express reports on a “study” that warns of at least 175 potentially dangerous chemicals lurking in food contact materials (FCM). Despite the sensationalist headline, consumers shouldn’t worry about the safety of their packaged food.

The authors of the report, which was published in Food Additives & Contaminants: Part A, didn’t actually test packaged food themselves; instead they’ve compiled an inventory of over 6,000 current chemicals used in food contact materials and relied on other researchers’ studies of chemical safety. And this broad definition of FCMs means that the chemicals featured in this report aren’t just the ones used in the wrapping or boxes your food comes in, but anything substance that may come in contact with your food as it is being processed and handled.  That means, substances in conveyor belts, oils, and cleaning supplies used on equipment all fall into the category of food contact materials.

The study implies that the various chemicals in the plastics, wrappers, inks and boxes may migrate or leach out into the food and pose a danger to the public. A seemingly legitimate concern if you don’t read past the executive summary.

One chemical prominently profiled is Bisphenol A or BPA.  BPA is considered to be an endocrine disrupter, simply, this means that this chemical at high concentrations may mimic certain hormones in the body potentially disrupting a certain number of the body’s functions.  This ingredient has come under extensive scrutiny by activist groups wanting to ban the substance, blaming BPA for causing everything from autism to prostate cancer.  But the science on BPA tells a different story.

BPA has been with us since the mid 1950’s and has been used extensively in food packaging for over 40 years. It’s a key ingredient in keeping canned food from spoiling and making rigid plastic food and beverage containers. The FDA and other regulatory agencies around the globe have determined this material is safe, especially considering the extremely low level of exposure to the general public.

Of course, many substances identified by the study’s authors are dangerous if taken in very high doses—but then again so is salt!  Try drinking sea water all day and see what happens to you.  The bottom line is that all chemicals—both natural and man-made—can be dangerous if consumed in excess.  The migration and leaching of chemicals found in all materials is generally found to be at such low levels as to be undetectable without the most sophisticated measuring equipment.  The FDA has specific regulations that address the acceptable levels of chemicals found in FCM’s and how they are to be measured.

In its reporting, Express should have given equal weight to the regulatory agencies interviewed. Unfortunately, science reporting (along with many other journalistic beats) too often follows the rule that “if it bleeds, it leads” rather than offering “just the facts, ma’am.”