Tuskegee Revisited? A Look at the Latest Vaccine/Autism Claims 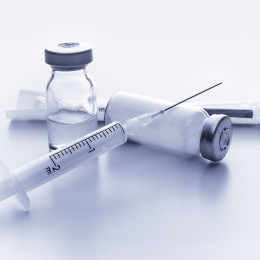 Anti-vaccination activists were up in arms this week after headlines across the internet read: “Autism and Vaccines: CDC Whistleblower Exposes Vaccine Dangers, Lies, and Cover-Ups (Video).”  Is this the evidence anti-vaxxers have been longing for? Or just more shoddy science used to recklessly discourage the administration of life-saving vaccinations?

Let’s examine at the facts.

This article, and the many similar articles floating around on social media, points to a study by Dr. Brian Hooker, which concludes that “African American males receiving the MMR vaccine prior to 24 months of age or 36 months of age are more likely to receive an autism diagnosis.” To come to this conclusion, Dr. Hooker re-examined the raw data used by the Centers for Disease Control and Prevention (CDC) in a 2004 study by Dr. Brian DeSefano of the MMR (measles, mumps, and rubella) vaccination and autism. Dr. Hooker asserts that Dr. DeSefano’s study intentionally and arbitrarily excluded some black children from the study, leading to the conclusion that the MMR vaccine had no effect on autism rates for any children in the study.

The exclusion of these children is explained by the authors in the original study—an explanation which Dr. Hooker rejects.  A good review of flaws with Hooker’s re-analysis can be found here.

If you slice and dice the evidence more and more finely, eventually you will find apparent correlations that might or might not be real. In this case, I doubt Hooker’s correlation is real. More importantly, even if his statistics were correctly done, his changing the [study’s] design is highly suspect….Given the dubiousness of his analysis and background, Hooker hasn’t actually convincingly demonstrated a link between MMR and autism for African American males, particularly given the copious other studies that have failed to find a correlation between MMR and autism.

The worst part about all this needless scaremongering about vaccine safety is the video produced to prop up Dr. Hooker’s vaccination skepticism. This ridiculous piece of propaganda compares the DeStefano study to the U.S. government’s infamous Tuskegee experiment.  The Tuskegee experiment was started in 1932 to follow the progression of syphilis in over 300 black men, but these “subjects” were never informed that they had the disease nor were they treated. The experiment was shut down in 1972 when a whistleblower exposed the experiment to the New York Times.

It’s categorically absurd to compare the Tuskegee experiment to Dr. DeStefano’s MMR study. The differences between the two studies are obvious—no one was harmed during Dr. DeStefano’s study and children received vaccinations to prevent the contraction of life-threatening illnesses. This outlandish comparison between Tuskegee and the DeStefano study is an attempt by Hooker and Andrew Wakefield (the original purveyor of the vaccine and autism link) to pump up their anti-vaccine cause.

While I’m certainly not averse to re-examining data or looking at a problem with fresh eyes and new tools, this blatant attempt to further the anti-vaxxers’ cause by making invalid comparisons to a grossly unethical research study simply to enrage and scare the public smacks of a lack of scientific integrity. Dr. Hooker certainly hasn’t proved vaccines cause autism, but what he has proved is that he’ll go to extreme lengths to scare parents away from vaccinating their children.