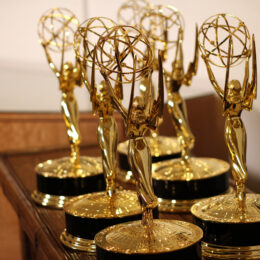 Are the Emmys more about style than substance? Last year, then-New York Gov. Andrew Cuomo was awarded an Emmy for his COVID press conferences. It was a move that came under fire given how many people in his state died after he ordered COVID-positive patients into nursing homes and obscured the number of deaths.

Now, a misleading anti-plastic documentary has won a News and Documentary Emmy for Outstanding Writing. That might have been appropriate–if the category was for “fiction.”

The Story of Plastic, a full-length documentary produced by the same activists who launched the Story of Stuff Campaign and the BreakFreeFromPlastic Coalition, takes a look at plastic consumption from its production to the end of its use. The documentary does include some facts about the potential risks of plastic pollution. But it totally ignores existing solutions while placing and conveniently disregards the huge role other countries play in plastic pollution.

The documentary interviews several people, including an alleged eco-terrorist, who all make the same case: There is no way to manage the plastic being used today. As evidence, the filmmakers visited Indonesia and shot compelling footage of beaches and rivers lined with trash.

But the reality is that plastic waste can be managed. The United States has the infrastructure to make sure waste goes where it belongs. Other countries don’t.

Conveniently, China was largely left out of the film except when the filmmakers praised the Chinese Communist Party for deciding to stop accepting recycled materials into the country. This praise was part of a larger portion of the film that was dedicated to bashing recycling and deeming the entire practice of recycling to be a futile waste of time.

But despite calling plastic recycling a waste of time, the filmmakers argued that recycling aluminum and glass would be a key part of a zero-waste society. But aluminum faces the same problems as plastic: It never makes it into the recycling bin. Plastic bottles are recycled at a similar rate to aluminum, 32 percent and 35 percent respectively. Yet the filmmakers did nothing to explain why these products would begin to be recycled while maintaining that plastic recycling was not an option.

The Story of Stuff is misleading, but so are the Emmys, themselves. Despite appearing to be an objective award show, there is a lot of money flowing behind the scenes. Networks pay as much as $500,000 to be nominated for the awards.