What Is Chemical Recycling? 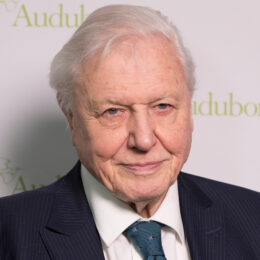 There are many types of plastic, but only a few types, such as bottles, are accepted in most curbside recycling facilities. Chemical recycling could change that.

Chemical recycling is the overarching term describing the process of turning any plastic polymer into its original monomers. When the monomers are separated, they can be “re-polymerized” (re-formed) into other plastic materials. This process has been used for years to recycle nylon, but engineers are rapidly discovering other resins that can be recycled through chemical recycling.

Innovations in chemical recycling could be the solution to the global plastic waste problem. Currently, the process of recycling plastic in the United States can be confusing. Plastics are identified by small numbers in the “chasing arrows” recycling logo, but many people don’t know what the numbers mean. For example, plastic number 1 (PET) and number two (HDPE) make up most bottles and jugs which are fully recyclable. (Think plastic water bottles and milk jugs). But plastic number 3 (PVC) and number 6 (polystyrene) are not recyclable in most curbside programs.

If chemical recycling became widely used and easily accessible, all plastic items may be able to be recycled with as much ease as PET bottles or HDPE jugs. Such innovation would drastically reduce the need for virgin plastic resins while also reducing the plastic waste that has become a top concern for environmentalists.

Mura Technology has developed a process to chemically recycle all seven types of plastics using HydroPRS, a technology that uses supercritical water to split the plastic molecules into their original resins. Supercritical water is formed when water is heated and pressurized to the point at which it acts as both a liquid and a gas. The water molecules split the polymer bonds to separate the product back into its original resins in roughly 25 minutes.

“What’s so tragic about plastic pollution is that it is so totally unnecessary,” Attenborough said. “The plastic in our oceans should never have found its way there in the first place.”

Mura Technology believes its chemical recycling process is scalable and could be used around the planet to ensure plastic items live many lives rather than ending up in landfills or mismanaged, as is so often the case in southeast Asia.

Attenborough’s endorsement of chemical recycling as a way forward for environmentalists differs from the arguments many American environmentalists are making. In the U.S., so-called environmental activists at the National Caucus of Environmental Legislators and Beyond Plastics have called recycling a “pipedream” rather than a solution for plastic pollution because of the low rates of recycling around the globe. Instead, they believe it would be easier to get the planet to stop using plastic altogether. It’s not clear how these activists think we would have fared during the COVID-19 pandemic without plastic masks, gloves, syringes, or hand sanitizer bottles, but that hasn’t stopped them from pushing this unserious “solution.”

While those activists continue to demonize recycling, Attenborough and the innovative scientists at Mura Technology are developing actual solutions to the problem of plastic pollution.