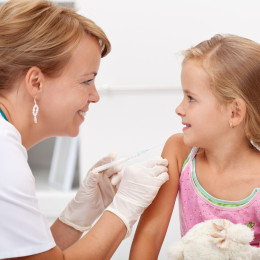 Once again, the danger of plummeting vaccination rates is in the news. This time it’s an editorial from Maine’s Portland Press Herald arguing that the increasing number of parents opting out of vaccinations for philosophical reasons is increasing the likelihood of an infectious disease outbreak. Maine’s law already makes it pretty easy for parents to forgo vaccinations, but lawmakers want to make it even easier to put the state’s most vulnerable citizens—young babies—at risk. Legislation that passed the state’s House last year would require parents to be given a list of every ingredient in vaccines and be told how to opt out. The Press Herald sums up this anti-public health initiative:

Our legislators should better inform themselves and stand behind any effort to make sure that more Maine children can access the protections of immunizations. Millions of people have benefited from vaccines since they were developed, and our youngsters shouldn’t be among those who miss out.

Anti-vaxxers, many of whom populate the anti-genetically modified food and general anti-any chemical at all movements, are dangerously out of step with science. The position these parents take not only endangers the lives of their own children but jeopardizes the lives of other children as well as adults that that were never vaccinated or had any of these diseases.