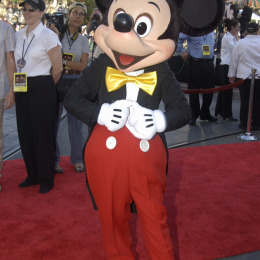 To vaccinate or not? It’s a scary decision for many parents. On one hand, there’s a huge volume of research pointing to vaccine safety, the importance of vaccines in preventing deadly diseases, and debunking myths like the vaccine-autism connection. On the other there are anecdotal stories of children who were “never the same” after receiving routine vaccinations—a scary prospect for any parent, even these claims lack scientific evidence.

But not vaccinating your children poses significant danger to your kids and other children too young to be vaccinated.

Yet another measles outbreak has popped up in California; this time the cases have been traced to visits to either Disneyland or Disney California Adventure Park in December. So far, there are seven confirmed measles patients, six who were unvaccinated with two too young to be vaccinated yet.

Measles is a highly contagious disease, but vaccination is incredibly effective. Falling vaccination rates have clear consequences: there were 61 cases of measles in California alone from January to the beginning of October 2014.

While vaccination—like any medicine or medical treatment—does carry a risk of side effects, those risks are incredibly small, especially when compared to the consequences of contracting a disease like measles or whooping cough.

Just this week, researchers announced a new 12-year study in the journal Pediatrics of two types of measles vaccines “found that seven main adverse outcomes were unlikely after either vaccine.” And this was a huge study–the authors evaluated a total of 123,200 MMRV doses and 584,987 MMR + V doses.

One of the study’s authors said, “Our findings offer reassurance that adverse outcomes of measles-containing vaccines are extremely rare and unlikely, and that parents of one-year-old children can choose MMR + V instead of MMRV vaccines to reduce the low risk of fever and febrile seizures.”

A trip to Disney has enough stress—long lines, tantrums, arguments, etc. The thought of contracting a supposedly eradicated disease shouldn’t be one of them. So vaccinate your kids and spread the word!