Are Fitness Trackers Really as Dangerous as Cigarettes? 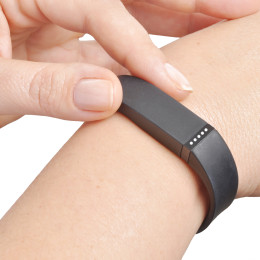 A growing number of us have fallen in love with fitness trackers, devices we can wear on our wrist, clip to our belts, etc. and see how many steps we walk throughout the day. The idea, of course, is that seeing how many steps we take or calories we burn will encourage us to walk more and up our activity levels—an important part of a healthy lifestyle.

But this week, the New York Times ran a story with a shockingly ridiculous headline: “Could Wearable Computers Be as Harmful as Cigarettes?”

In the piece, the Times cites a handful of dubious studies that link cellphone use with brain tumors, cancer or other health problems. The idea that cellphones cause cancer has been widely dismissed by experts such as the National Cancer Institute.   Brown University’s Dr. Emily Oster has an excellent article debunking the link on the fivethirtyeight blog here.

Instead of citing experts in the field, the New York Times turned to a well-established quack and snake oil salesman, Joseph Mercola. This is a guy who doesn’t believe in traditional medicine—no chemotherapy for cancer patients, and has been censured by the U.S. Food and Drug Administration which warned his “products are not generally recognized as safe and effective for” the various conditions he claims to “cure.” He’s also not actually a medical doctor.

The Times has since walked back it’s outrageous original headline, but the article should be removed altogether. That the respected paper turned to Mercola, an opponent of vaccinating children, fluoridating water, and genetically modified foods—all technological advances broadly accepted by the scientific and medical communities—is simply astounding.

Wearing a Fitbit or using your cellphone isn’t going to give you cancer or other health problems, unlike some of Mercola’s “treatments.” Quacks like Mercola give actual medical doctors and scientists ulcers.