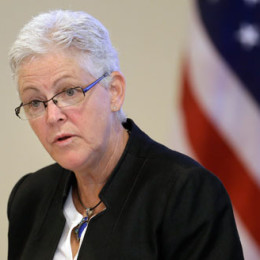 A new EPA policy would ban top national scientists from speaking to the media and public.

The EPA has a lot of power to issue rules and regulations in the name of protecting public health. The law requires the agency to have a solid scientific basis for any rules that it makes. To help the EPA with scientific data, the agency has the Scientific Advisory Board (SAB) which is comprised of independent scientists who review the agency’s work. The SAB doesn’t always agree with the EPA—last year the board questioned the EPA’s assessment of whether technology to store carbon emissions underground is “technologically feasible”—which is why the board has such an important role in checking regulators’ science.

Now the EPA is trying to stop scientists serving on the board from giving their opinions on scientific issues to the media and general public with a new memo requiring all members of the SAB to get permission from EPA bureaucrats before speaking to the press.

The move has drawn intense fire from scientists and the press—the Society of Professional Journalists, Society of Environmental Journalists, Investigative Reporters and Editors, Reporters Committee for Freedom of the Press along with the American Geophysical Union, the Center for Science and Democracy at the Union of Concerned Scientists, and the Society for Conservation Biology joined together to send a letter to EPA Administrator Gina McCarthy urging her to repeal the policy and arguing that the policy, “reinforces any perception that the agency prioritizes message control over the ability of scientists who advise the agency to share their expertise with the public.”

Transparency in science is incredibly important and this move from the EPA flies in the face of scientific independence. It could also discourage good independent scientists from serving on the board in the future. Let’s hope the EPA re-thinks this misguided attempt to muzzle access to independently vetted scientific information.