Home  ⁄  Periodic Fables  ⁄  Environmental Working Group  ⁄  How Much is Too Much Fish for Pregnant Women?

How Much is Too Much Fish for Pregnant Women? 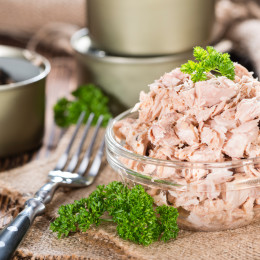 By now, most people know that eating fish during pregnancy is an important way for women to consume enough Omega-3 fatty acids for a healthy pregnancy. Since some types of fish contain high levels of mercury, which can counteract the health benefits of omega-3s, the U.S. Food and Drug Administration and Environmental Protection Agency’s draft guidance on mercury in fish advises pregnant women to choose seafood that’s both low in mercury and high in omega-3s.

That’s sensible, science-based advice. Yet, the Environmental Working Group (the same group that wants you to think twice about using sunscreen) is taking issue with the federal government’s recommendations.

Today, EWG released a new report, “U.S. Fish Advice May Expose Babies to Too Much Mercury,” arguing the FDA’s draft advice on fish consumption for pregnant women may lead women to expose their unborn children to dangerous levels of mercury. That argument is nonsense, and here’s why:

EWG also takes issue with the FDA’s listing of canned tuna as a low-mercury option. But advising women not to eat canned tuna isn’t necessary:

The FDA and EPA make it clear that women should consume a variety of low-mercury, high-Omega 3 fish varieties during their pregnancy. EWG’s attempt to scare women about mercury levels in fish with its new report may needlessly discourage women from getting the much-needed nutrients they need for a healthy pregnancy.