Home  ⁄  Periodic Fables  ⁄  Sensationalist Journalism  ⁄  Is too much milk bad for your health?

Is too much milk bad for your health? 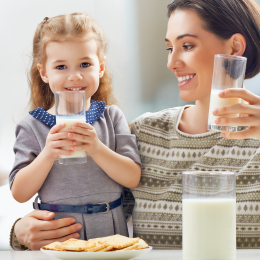 The media immediately jumped on a new study from Swedish researchers that examined whether high milk consumption is associated with higher rates of mortality and bone fractures. The researchers found that high milk intake was associated with higher mortality rates in men and women and higher bone fracture rates in women. At first glance, these findings seem to fly in the face of conventional wisdom, which has long held that milk consumption helps promote healthy bones. But if you’re a regular milk drinker, you might want to dig a little deeper than the headlines before you cut back on cow juice.

A few things to consider about the study and previous research on the health impact of milk:

There’s been a lot of conflicting research about how much milk or dairy we need and whether dairy is linked to negative health effects. Dairy remains a key part of the U.S. Food and Drug Administration’s food pyramid as it provides a number of essential nutrients, including calcium, vitamin D, potassium, phosphorus, and protein.

The Swedish researchers caution that more research is needed and their work is “not meant to draw casual conclusions.” Essentially, if you enjoy drinking milk, keep drinking it.