Are chemicals making us fat and sick? 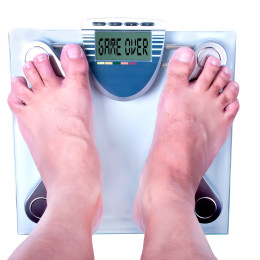 These alarming headlines stem from the Endocrine Society announcement of its new policy statement on endocrine-disrupting chemicals (EDCs), substances some claim affect the body’s endocrine system such as bisphenol A and phthalates. While the Society’s new policy statement claims recent research “removes any doubt” that EDCs are contributing to a host of health problems, the hypothesis that low-dose exposure to everyday chemicals poses human health risks still lacks evidence.

The Endocrine Society hasn’t published its full report yet–that’s coming next month. But based on the organization’s executive summary, its members argue low-dose exposure to common chemicals is “contributing to diminished quality of life.”

That’s a pretty bold statement considering thousands of consumer products–products that generally make our lives better–contain chemicals criticized by the Endocrine Society. The society’s position also flies in the face of rigorous scientific reviews by government agencies in Europe and the United States.

Consider BPA, the chemical mentioned most often in the Endocrine Society’s statement. The U.S. government has spent more than $100 million in taxpayer money funding BPA research. Yet after examining these studies scientists with both the U.S. Food and Drug Administration and European Food Safety Authority recently confirmed that normal exposure to BPA poses no risk to human health.

Similarly, the European Commission recently reviewed a host of new studies of two common phthalates, DINP and DIDP, and concluded they are safe in “all current consumer applications.”

It’s puzzling, therefore, that the Endocrine Society presents the theory that normal exposure to these chemicals causes health problems as “settled.”

While testing chemicals before they come to market and rigorous testing of existing chemicals should certainly be a priority, the Endocrine Society’s position paper vastly overstates the evidence that low-dose exposure to common chemicals is “contributing to diminished quality of life” in humans. Scaring the public about “dangers” currently lurking in consumer products is both unnecessary and irresponsible.