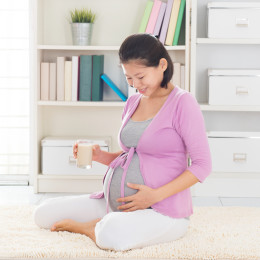 If we had an award for sensational headlines, today’s winner would be the UK’s Daily Mail, which begins: “The link between pregnant women, plastics and fat children.” The study covered blames BPA—but is it based on solid science? Spoiler: It’s not.

The Daily Mail stated the study from Columbia University claimed to find “that children exposed to high levels of bisphenol A in the womb were fatter by the age of seven.” What Daily Mall didn’t report was the authors admitted their study had numerous limitations. These included:

Prof. Richard Sharpe, Group Leader of the Male Reproductive Health Research Team, University of Edinburgh, explains: “This is an association study, it does not show or prove cause and effect of maternal BPA exposure. There have been a number of similar studies of maternal BPA exposure and its effects on children, but the results are inconsistent in what they show….Therefore, apply the common-sense factor. What causes obesity? Consuming too many calories. So which is more likely to be the culprit, eating/diet or BPA exposure? Just ask any member of the public to make their own mind up.”

If you’re looking for more credible research, the U.S. Food and Drug Administration (FDA), European Food Safety Authority (EFSA), among other global bodies, have reviewed hundreds of BPA studies. The EFSA found “no consumer health risk from bisphenol A exposure,” while the FDA also declared that “BPA is safe at the current levels.”