No, There’s No Need to Fear Your Pumpkin Spice Latte 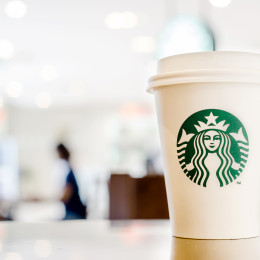 Apparently the Food Babe is shocked that Starbucks’ Pumpkin Spice Latte doesn’t contain actual pumpkin. Crazy, I know, considering the name of the drink implies that the drink includes “pumpkin spice,” as in spices that traditionally accompany pumpkin, like those in pumpkin pie. And she also claims that the ingredients the latte does contain might kill you. So is it time to spurn your favorite fall drink?

Let’s break down what she’s so worried about:

Essentially, Food Babe is spicing up social media with baseless concerns about a fall favorite. The worst part is even respected news outlets like USA Today are picking up the story, needlessly scaring consumers. If you’re actually shocked to discover that there aren’t chunks of pumpkin included in your latte, I suggest you avoid the drink. For those content to consume a beverage flavored with fall spices like cinnamon and nutmeg, feel free to order your drink without a side of hysteria.