No, There Aren’t Dangerous Levels of Weed-Killer in California Wines 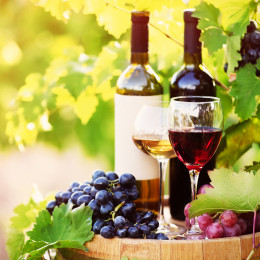 Moms Across America is at it again. This time, instead of trying to convince us vaccines cause autism or organic food can cure autism, the activist group is pushing a new myth: California wines contain dangerous levels of glyphosate.

Glyphosate, marketed by Monsanto as Roundup, is an herbicide commonly used to kill weeds, particularly on crops that have been genetically engineered to resist it. (Farmers can use the herbicide to kill weeds, but not their crops.)

While most studies show no link between glyphosate and cancer (it’s considered one of the safest herbicides on the market), the World Health Organization’s International Agency for Research on Cancer (IARC) listed the chemical as a “probable human carcinogen” last year. The IARC’s decision has been criticized by many scientists and in November, the European Food Safety Authority ruled in the opposite direction, declaring“ glyphosate is unlikely to pose a carcinogenic hazard to humans and the evidence does not support classification with regard to its carcinogenic potential.”

How much glyphosate is in wine?

Moms Across America sent 10 wines to a lab in St. Louis to be tested for levels of glyphosate. The highest level the testing found was 18.74 parts per billion. To put that in perspective, the U.S. Environmental Protection Agency’s safety threshold for grapes is 200 parts per billion. (The EPA doesn’t have a safety level for wine, but all of its thresholds are set very low to include a significant “safety margin.”)

The “study” cites research by French researcher Seralini—his studies on GMOs and glyphosate have been retracted and widely criticized by the scientific community.

Moms Across America founder Zen Honeycutt has appeared on shows like Dr. Oz and even networks like CNN and CSPAN spreading misinformation about GMOs and herbicides, giving her a powerful platform to scare the public about perfectly safe foods. To learn more facts about GMOs, check out our primer: “5 Things to Know About GMOs.”