Research Suggests Food Additive May Cause Diabetes. Should You Be Worried? 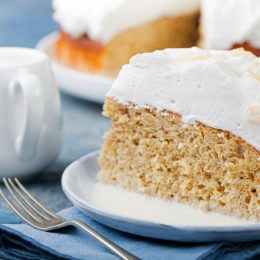 The University of Texas at Austin study (which was technically a pilot study) found titanium dioxide particles in pancreas tissues from type 2 diabetics, but found none in samples from healthy individuals. Lead author Adam Heller even went so far as to say, “Our initial findings raise the possibility that Type 2 diabetes could be a chronic crystal-associated inflammatory disease of the pancreas, similar to chronic crystal-caused inflammatory diseases of the lung such as silicosis and asbestosis.”

So sunscreen and makeup are on the same playing field as asbestos and industrial silica? Not so fast. Let’s look at the study.

First, this study used an incredibly small sample to support a drastic conclusion. Only three healthy patients contributed tissue samples. It’s definitely within the realm of possibilities that a healthy pancreas can come in contact with titanium dioxide and never develop type 2 diabetes. Similarly, just eight individuals with type 2 diabetes were enrolled in the pilot study. Of the eight diabetics, half had a comorbidity (a scientific term for having two or more chronic diseases or conditions at the same time): pancreatitis.

The result? The researchers couldn’t even run sufficient statistical analyses on their samples because there weren’t enough of them. Additionally, the researchers admitted that one of the titanium dioxide samples from a type 2 diabetic is a possible outlier. As a pilot study, the report acknowledges that future research “requires sufficient expansion of sample sizes for statistical analysis as well as blinded studies.”

When hurried research is used to support claims as big as changing the known pathogenesis, or development pattern, of a common disease, it does everyone a disservice.

Hopefully the next round of research into the relationship with type 2 diabetes and titanium dioxide relies on solid methodology to inform its conclusion rather than hyperbole.